Over the last week or two, a lot of disappointed No Man’s Sky buyers have been seeking refunds for the game on Steam, with some managing to get their money back despite playing for more than two hours. This led many to believe that Steam was making exceptions to its refund policy specifically for this game but according to Valve, that isn’t the case.

The idea that No Man’s Sky might be exempt from the Steam refund policy gained a lot of traction, as more and more people who had played beyond the 2 hour limit managed to get their money back. This caused Valve to post a small update on the game’s Steam page. 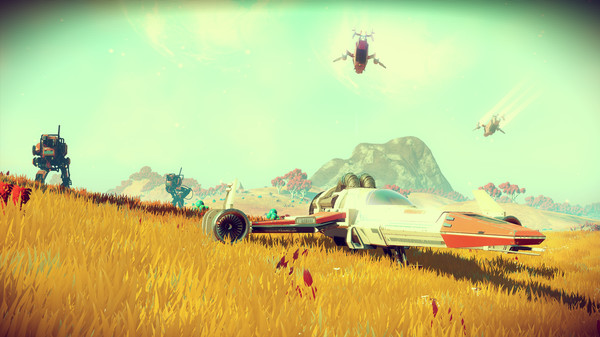 The orange box appears above the buy button for No Man’s Sky on Steam and says: “The standard Steam refund policy applies to No Man’s Sky. There are no special exemptions available.”

Some No Man’s Sky buyers have also been trying their luck to get refunds on the PlayStation Store, though Sony is being stricter about it, stating that users will be required to go through a list of troubleshooting steps with a customer service rep before being considered for a refund.

KitGuru Says: Given the lack of honesty or transparency prior to launch, I’m not too surprised to see some seek refunds for No Man’s Sky, whether it be on the PC or PS4. Did any of you guys manage to get a refund for the game through Steam? How long had you played beforehand?

Previous Tim Cook responds to EU tax ruling, thinks it’ll be reversed
Next Battlefield 1 beta kicks off for insiders, opens to all tomorrow