Bethesda set out to bring mods to consoles with Fallout 4 and earlier this year, the console mod system launched. Unfortunately though, people have been abusing the system and re-uploading other people's creations from Nexus Mods to Bethesda Net without permission and it has caused quite a stir, to the point where Bethesda has now needed to increase security a bit.

In order to upload a mod to Bethesda Net, you need to install the Creation Kit on a PC, load up a mod, log in to Bethesda Net and upload the mod for download on the Xbox One and PS4. However, from now on, Bethesda Net accounts need to be linked with Steam accounts. 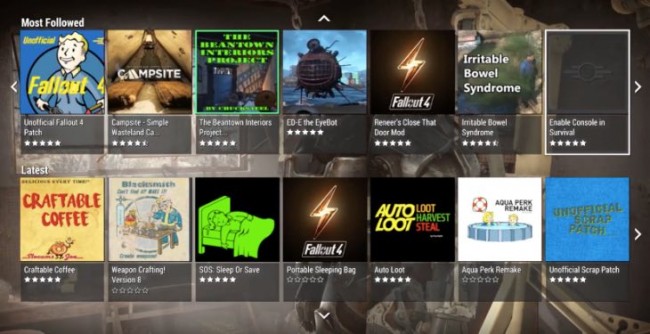 Requiring a Steam account to upload Fallout 4 mods is an extra measure to track those who re-upload mods that they did not create. This should help Bethesda act on DMCA takedown requests a bit faster when content is stolen.

KitGuru Says: Quite a few PC mod creators have had issued with people re-uploading their work to Bethesda Net without permission. Perhaps this will help fix the problem but that still remains to be seen.