It looks like we can expect DOOM to be shown off at Bethesda's E3 press conference next month, as the publisher has begun teasing the game with a little bit of new footage. So far, the new DOOM title has not been shown to the public, aside for a private showing for Quake Con attendees.

The video doesn't show off much, it is a fast passing glimpse of the game, which is currently being developed by id Software. 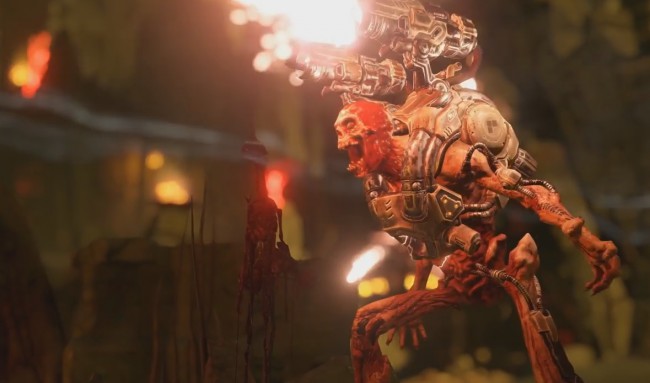 Those who pre-ordered Wolfenstein: The New Order, will be able to participate in a closed beta test for the game, although we still have no idea when that is actually happening. Bethesda's press conference is taking place on the 14th of June in the US, aside from DOOM rumor has it that we will also see Fallout 4 and maybe even Dishonored 2.

DOOM currently has no release date but is set to launch on the PC, Xbox One and PS4.

KitGuru Says: The latest DOOM title has been in the works for quite some time but we still have no idea when it will release. Hopefully E3 will shed some light on that front. Are any of you looking forward to id Software's return to the Doom series?

Previous Microsoft clarifies its stance on Windows 10 piracy
Next US appeal court sides with Samsung in Apple lawsuit, will reduce fine