Bioshock is coming to iOS

2K Games has announced that Bioshock will be making its way to iOS devices later this year. The game will have controller support for those of you who own an iOS game controller such as the Razer Junglecat.

The mobile port was created by 2K China, the same development team that brought XCOM: Enemy Unknown to iOS. The game has been tinkered with a little bit to ensure that the game will still be fun with touch controls. 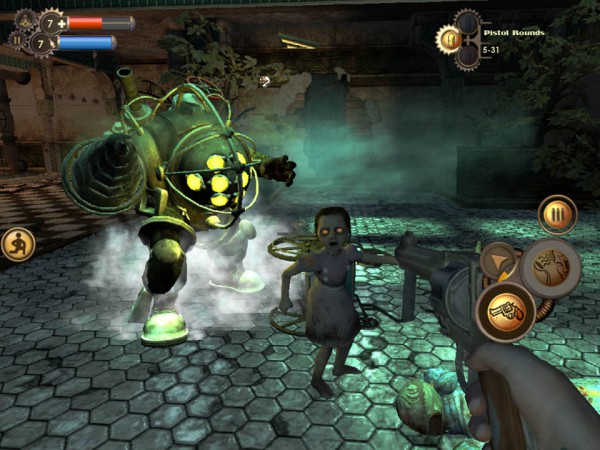 The graphics have been scaled down a bit in order to fit in with Apple’s 2GB file size limit for apps. Effects such as fog and dynamic shadows have been removed but this should help ensure a smooth gaming experience.

Up until now we haven’t seen many titles from the Xbox 360/PS3 era come to mobile devices, we’ve mostly had PS2 and PS1 ports. There is no word on an Android version of the game just yet but the fact that Bioshock is even running on a mobile device is a testament to how far mobile technology has come in recent years.