We have known for some time now that Mass Effect Andromeda will include its own multiplayer mode and similarly to Mass Effect 3, it will tie back into story progress. However, not everyone was a fan of how this system was handled back in the Mass Effect 3 days, so what has Bioware done to change things this time around? This week, a dev working on the project explained just that and fortunately, this time you won't need to play the multiplayer in order to achieve the best ending.

In Mass Effect Andromeda, the multiplayer mode can tie in to story but Bioware isn't going to try and force you to play it. According to the game's lead designer, Ian Frazier, Andromeda will allow you to send out your ‘strike team' on little missions while you continue on with your more important quests in game. However, every once in a while there will be an ‘Apex mission', which will be harder for your strike team to pull off alone. These are the missions where you may want to step in, resulting in a multiplayer round. However, if you have levelled up your strike team enough, they should be able to handle it themselves. 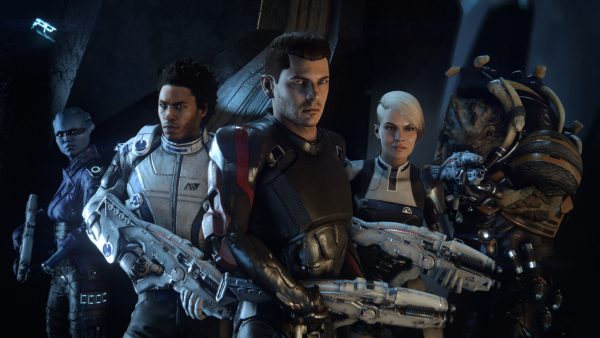 The exact quote does contain some minor spoilers for Andromeda, so if you'd rather go in blind, than perhaps stop now. Here's the full quote from Frazier (via Gamespot):

“At a certain point fairly early in the plot, we say, ‘Hey, there's this militia that is waking up from the cryopods from the Milky Way.' They can do missions where the Pathfinder isn't. When Ryder has more important things to do, you get the ability to assign AI Strike Teams to go do these missions. It's all set in real-time, so it's going to take an hour, five hours, or whatever for one of these missions to happen. Your teams have a different percent chance to succeed based on their stats and equipment and everything. You can gear them up, you can train them up, you can send them to do these missions, but they're going to take a while to do it.”

“Some of these missions are called ‘Apex Missions.' They're generally a little harder. You can send your teams to do them, but it's going be really hard for them unless you've really leveled up your teams. Or you can do it yourself in multiplayer. You can just hit a button, it'll quick-save your single-player game and launch you directly into multiplayer where you can solo if you want, you can match-make with friends, or you can do a public game and match-match with strangers.”

This transition from single-player to multiplayer is said to be seamless and the missions themselves won't feel out of place with the overall story. Rewards earned through these multiplayer missions carry back over to the single player campaign, providing you with new crafting materials or firearms.

KitGuru Says: From the sounds of it, Andromeda's multiplayer will help with gearing up but won't have an effect on the overall ending of the game like it did with Mass Effect 3. However, if the transition between Apex missions and single-player is seamless, then players may choose to just go ahead and do them every once in a while anyway. How many of you are planning on grabbing Mass Effect Andromeda when it launches?

Previous New leak reveals details on RX Vega specs, confirms 8GB HBM2
Next Nintendo is researching Joy-Con issues but someone has already fixed the problem for them