Earlier this month, Blizzard sent a cease and desist letter to the operators of Nostalrius, a private vanilla World of Warcraft sever played on by hundreds of thousands of players. This also sparked a petition to get Blizzard to stop ignoring fans calling for legacy servers. It took a couple of weeks, but Blizzard has now commented on the matter, explaining its side of the story.

Writing on the WoW community forums, community manager ‘Nethaera' explained that Blizzard couldn't just let Nostalrius continue the way it was as once you own a trademark or Intellectual Property, failure to protect it can eventually lead to it being revoked. However, Blizzard is apparently in talks with the people who ran Nostalrius right now and is exploring some options for legacy servers, though it wouldn't be an easy task. 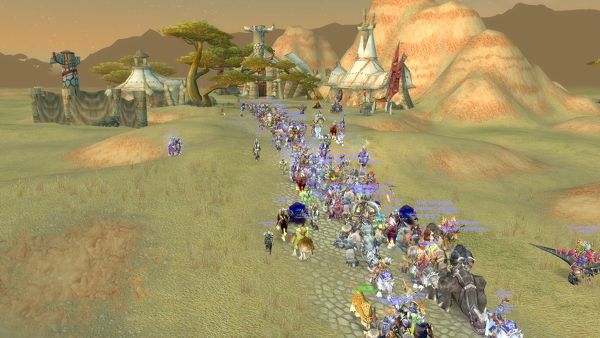 “We have been discussing classic servers for years – it’s a topic every BlizzCon – and especially over the past few weeks. From active internal team discussions to after-hours meetings with leadership, this subject has been highly debated. Why not just let Nostalrius continue the way it was? The honest answer is, failure to protect against intellectual property infringement would damage Blizzard’s rights. This applies to anything that uses WoW’s IP, including unofficial servers. And while we’ve looked into the possibility – there is not a clear legal path to protect Blizzard’s IP and grant an operating license to a pirate server.”

“We explored options for developing classic servers and none could be executed without great difficulty. If we could push a button and all of this would be created, we would. However, there are tremendous operational challenges to integrating classic servers, not to mention the ongoing support of multiple live versions for every aspect of WoW.”

So right now, the idea floating around Blizzard is to implement ‘Pristine Realms', which would strip WoW of all of its levelling acceleration features, heirloom gear, XP boosts, friend recruitment bonuses, tokens and the group finder. This would essentially be a ‘clean slate' edition of WoW that would aim to re-capture the nostalgia of Vanilla WoW. However, at the moment Blizzard isn't sure if that would be the best solution.

Aside from that, the World of Warcraft team is in ongoing talks with the people who ran Nostalrius but nothing more was elaborated on.

KitGuru Says: It is great to see Blizzard actually explaining its side to this and communicating with World of Warcraft players. What do you guys think of Blizzard's response to all of this?