With the launch of the Legion expansion, Blizzard achieved one of the smoothest launches it has ever had as far as World of Warcraft is concerned and while millions are enjoying the expansion right now, this is only the beginning. Over the weekend, one of WoW's producers took to Battle.net to explain how the team managed to pull off such a smooth launch and the patch cycle plan going forward.

Starting off, if you were wondering what Blizzard did to ensure a smoother launch for Legion, on the tech side, it was a case of running multiple copies of the Broken Isles per realm to ensure maps didn't become overpopulated. Each new questing zone has its own hardware behind it too, so Azsuna is running on a server, Highmountain on another, etc.

Aside from that, a new system was introduced to group friends/guilds/groups together, rather than placing them in different copies of the world. This was tested during the pre-expansion Invasion events and ensured that areas felt populated without trying to crowd the entire realm population in there. 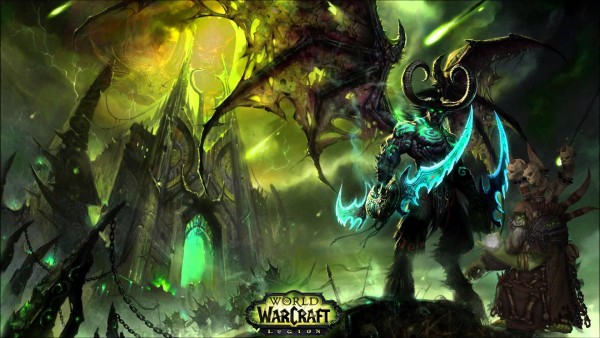 A lot of these technical changes came about after the launch of Warlords of Draenor but these aren't the only changes Blizzard is implementing after its last expansion. With Legion, Blizzard also wants to provide more regular content releases:”The launch of Legion is just the beginning of the journey. As with many of you, we weren’t happy with Warlords of Draenor’s patch cycle, and have changed our strategy for Legion, prioritizing more regular content releases”.

The first of these content drops will be patch 7.1: Return to Karazhan, which will introduce a new Mythic Dungeon, expand the Suramar campaign, add new World Quests, add in the Trial of Valor raid dungeon and more. A trailer for this patch has already been released, which you can see above, or directly on YouTube.

KitGuru Says: I've been enjoying my time in Legion so far, in fact, I just hit level 110 this weekend, though there is still plenty of questing left for me to do on the Broken Isles. Have any of you jumped back into WoW for Legion? A lot of returning players seem happy with it so far.