Borderlands 2 and Dishonoured are free on Steam this weekend

Are you in need of something to play this weekend? Valve has you covered as Borderlands 2 and Dishonoured are both free on Steam for the next few days. In addition, 2K Games is having a publisher sale, you can pick up Borderlands 2 Game of the Year Edition at 75 per cent off. You can also save a fair bit on Bioshock, XCOM and Civilisation V.

Dishonoured isn’t a part of the 2K Games catalogue but it is still worth talking about. If you’ve yet to play the Steam-Punk esque action-stealth title, then now is as good a time as any, take part in the free weekend- If you enjoy the game then it’s worth picking up the GOTY Edition for 66%. This way, you’ll get to play the two DLC expansions, bringing in around six hours of extra gameplay with new powers and characters. 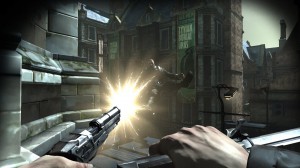 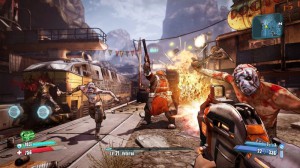 Borderlands is a game you are more likely to be familiar with. The co-op shooter has become hugely popular over the last couple of years. You can try and play solo but its much more fun with a friend or two.

Borderlands 2 does have a story line but the game is built to be accessible to everyone- even those who didn’t play the first game. Coincidentally, we are due a new Borderlands game later this year, it’s called Borderlands: The Pre-Sequel and will give some background on Handsome Jack’s character as well as Claptrap.

Update: Just to clarify, these games are only free to play for the weekend, you do have to buy the games in order to keep playing past Sunday.

KitGuru Says: These are two fine games for you to try out this weekend. It’s all free so you might as well give it a shot. Will you guys be trying out either Borderlands or Dishonoured this weekend?