Just over 14 months ago, Blizzard took a clear stance against fan-run legacy WoW servers by shutting down Nostalrius. Since then, there has been some discussion surrounding official legacy servers but nothing has come to fruition, so fans once again turned to creating their own. The next big push for a fan-run server came in the form of Felmyst, which aimed to recreate the Burning Crusade era. However, hours after launching, Blizzard’s lawyers shut down the project.

The Felmyst server launched on Friday and just hours later, the team behind Felmyst received a legal letter demanding that it be shut down. According to Blizzard’s representation, the Felmyst server allowed users to play altered/illegitimate copies of World of Warcraft without the need for a license or subscription. As you might imagine, the creator of Felmyst was stunned that such action occurred mere hours after the project launched. 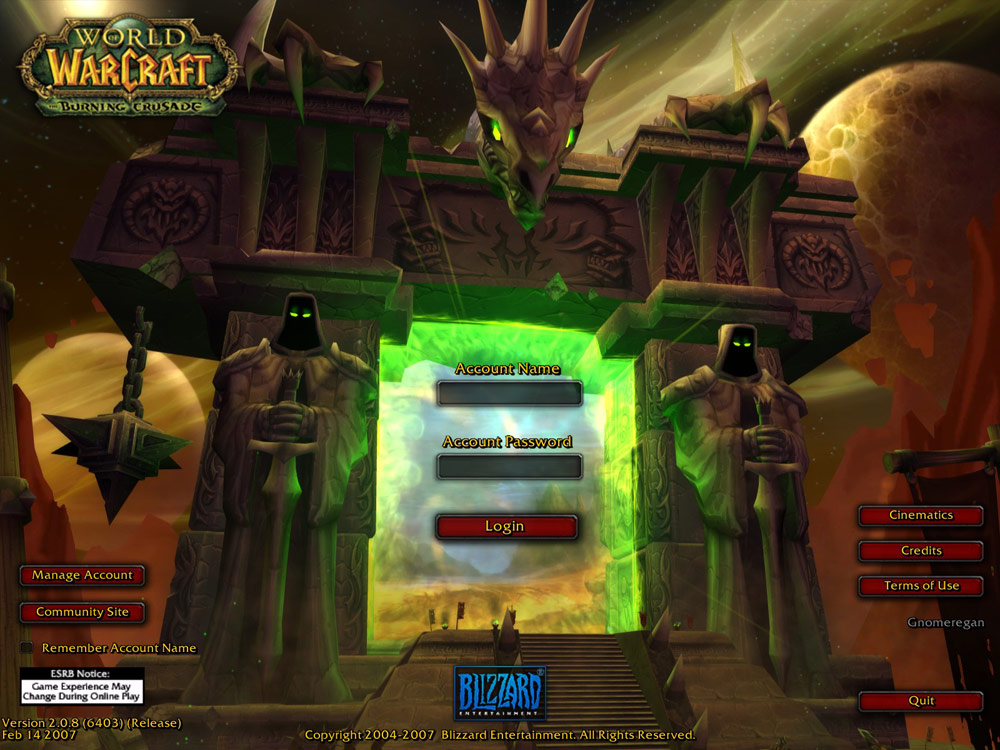 The creator behind Felmyst, ‘Gummyfiftytwo’ on Reddit, previously created Scriptcraft in 2011, a different WoW server project that did not attract legal attention from Blizzard, which is precisely why they thought they could get away with a new project. After the shutdown, Gummy posted a follow-up comment on Reddit explaining exactly why he/she was not prepared for a C&D:

“As you all know well, I hosted a private server five years ago and it was rather popular for its time. I’m not bragging, I’m just saying that as far as getting Blizzard’s attention goes, it was up there. That project did not receive a C&D. So in that regard my plan was to try and be no more popular than Scriptcraft was. What was the plan? Well, first of all, if our providers contacted me on their own and said, “Hey, we don’t like that stuff being hosted here, take it down”, then I’d pick another host, most likely in Europe. Blizzard’s attorney contacting me, in person no less, is a different story. Here we are and there’s nothing I can do.”

There is a picture of the legal letter posted on the Felmyst website now, alongside a final goodbye note from Gummy.

KitGuru Says: Following Nostalrius, it’s not too surprising to see Blizzard’s lawyers so active when it comes to new legacy/fan servers. I doubt any project looking to make a name for itself will be able to last too long at the moment.