Last week, Call of Duty: Infinite Warfare was released and unfortunately for Activision, it doesn’t appear to be doing much to stop the falling sales of the franchise as UK charts show a near 50 percent dip in launch sales compared to Black Ops III last year. Call of Duty: Infinite Warfare is Infinity Ward’s first game in the series since Ghosts, which wasn’t particularly well received and while the jury is still out on Infinite Warfare, it looks like the series won’t be bouncing back completely this year.

According to Infinite Warfare’s boxed copy sales numbers in the UK, things are down by 48.4 percent compared to Black Ops III, though this does not take into account any digital sales. This year, deluxe editions of Infinite Warfare are bundled with a copy of Modern Warfare Remastered, which has helped keep revenues up a bit despite the lower sales numbers. While sales fell by almost 50 percent, actual revenue only fell by 25 percent. 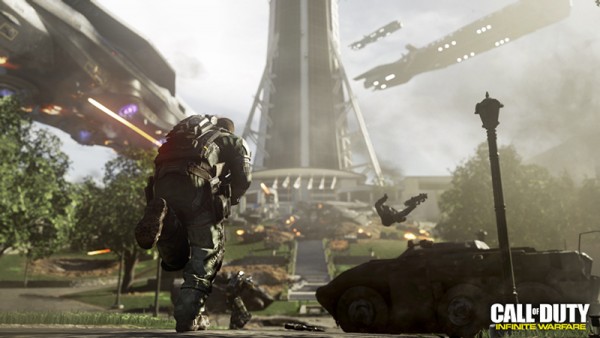 This does mark the sharpest year-on-year sales drop for Call of Duty since 2007, which may end up making Activision executives nervous about the future. However, it is not all doom and gloom, as Infinite Warfare was still the biggest retail game launch in the UK following FIFA 17.

KitGuru Says: These early numbers can provide a good indication of how Call of Duty is doing this year but it by no means paints the full picture. Infinite Warfare will still sell enough copies to keep the franchise alive but it does seem clear that the hype for this year’s game just wasn’t there and things may need to go in a different direction next year.