The Witcher 3’s first big expansion, ‘Hearts of Stone’ is on the way next week and accompanying that will be another massive patch. CD Projekt Red has today released the full details surround patch 1.10, which will contain hundreds of fixes, along with the enhanced romance options for Geralt, Triss and Yennefer, which will be perfect for New Game+ players.

Patch 1.10 features more than six hundred fixes overall, including a multitude of quest corrections, numerous optimizations improving game performance on PC and consoles, over one hundred fifty improvements to game stability, additional conversations with key characters to enhance both Geralt’s relationships with them as well as the story as a whole, and a major and much-awaited fix improving item order and sorting in the game Inventory. 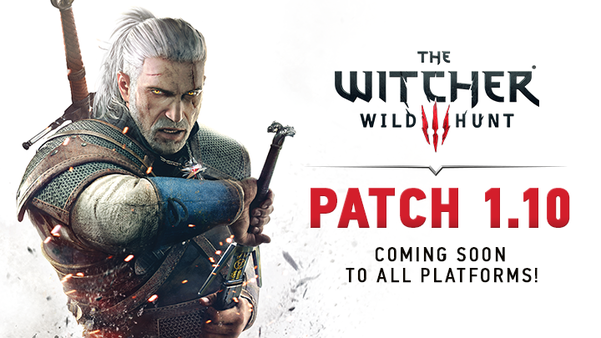 To put things in to perspective, the list of changes is so big that CD Projekt Red needed to create five separate announcements on the Steam page to fit them all in. Additionally, the PDF going over the change log is close to 12 pages long. This patch will see the UI and menus tweaked even further, more stability improvements and some quest fixes put in to place.

The patch is due out some time in the next few days, ahead of the Hearts of Stone expansion on the 13th of October.

KitGuru Says: The next big Witcher patch is on the way just in time for the new expansion. Are any of you still playing through The Witcher 3? Will you be picking up the expansion next week?