Battlefield 1 hasn't fully launched yet but players can get a headstart in the multiplayer and campaign modes by signing up for EA/Origin Access, which includes ten hours of early game time. However, you may encounter some frustrations during pre-launch multiplayer as it looks like cheaters are already being encountered.

The downside here is, some of your matches may be difficult to enjoy. However, this does mean that exploits exposed early may reach DICE's attention before the game officially comes out on the 21st. We had a similar situation with Star Wars Battlefront last year, with cheats popping up during trial and beta phases of the game, only to be stomped out fairly quickly. 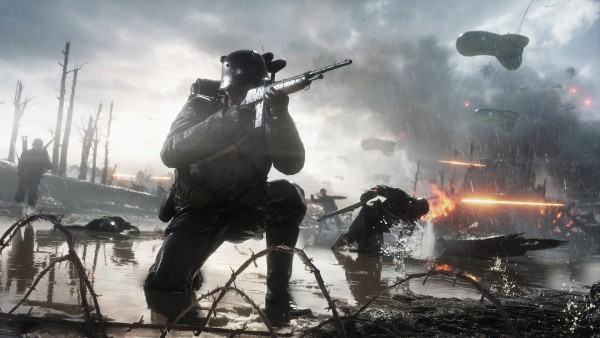 PCGamer have encountered hackers in a few games, with players using aimbots and wall hacks to gain the advantage. A lot of the footage was recorded so there is a two-minute long death-reel video floating around on YouTube.

Right now, we don't know how rampant hacking actually is during the early access/trial phase for Battlefield 1 multiplayer but there seems to be some holes in PunkBuster/Fair Fight already. Hopefully these can be cleared up by the 21st, when the game officially launches and full access to multiplayer goes live.

KitGuru Says: Have any of you installed the Battlefield 1 trial at all? Have you had any issues with hackers in the game's multiplayer already?