Just recently, CD Projekt Red announced delays for the next-gen versions of Cyberpunk 2077 and The Witcher 3. Now, the team has updated its roadmap for Cyberpunk 2077, pushing future patches and free DLCs into 2022.

After a bad launch in late 2020, CD Projekt Red has spent most of this year working on major updates for Cyberpunk 2077, delivering three major patches, alongside smaller updates and the first set of free DLCs. The next major update was due to come later this year, alongside the Xbox Series X/S and PS5 versions of the game. With the next-gen build delayed until next year, the next major patch has also been pushed to early 2022. 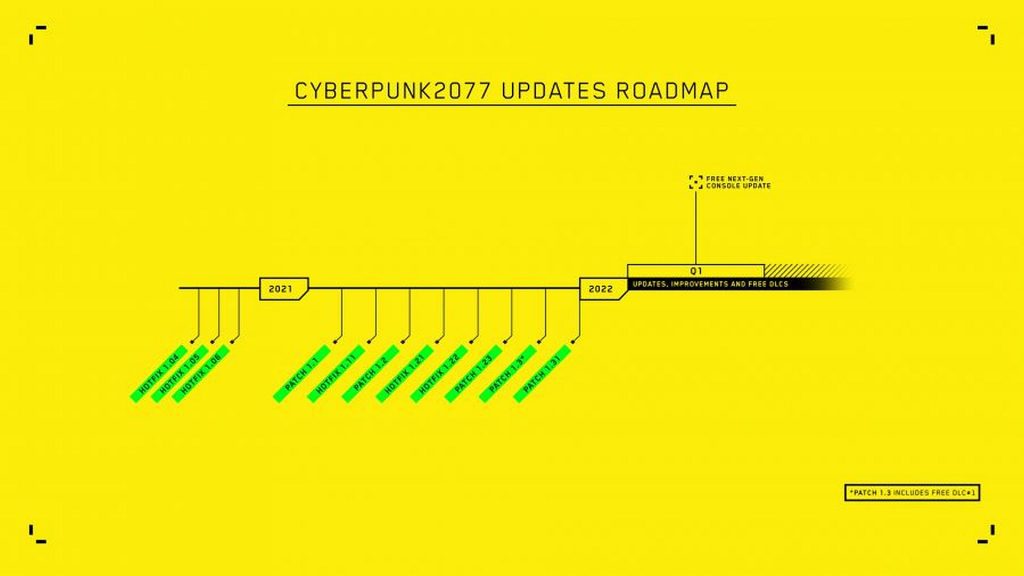 The new roadmap, which was revealed yesterday, now shows Patch 1.31 as being the final update to the game in 2021, with other updates now pushed to 2022. Currently, there is no specific release date for Cyberpunk 2077 next-gen, but it is due to release some time in Q1 2022, putting it anywhere between January and the end of March.

As pointed out by Tyler McVicker, who has been closely following and reporting on CDPR's internal changes and plans for Cyberpunk 2077, this delay comes after some major back-end updates to the game. Over the last few months, the team has reportedly been working on re-writing systems and making big changes to the engine, and we should see the fruits of that labour in 2022 when patches begin rolling out again.

KitGuru Says: Hopefully this time next year, Cyberpunk 2077 will be the game we all hoped we'd be getting at launch. Have you been holding off on playing until the game is fully patched?