Home / Software & Gaming / Denuvo DRM has been removed from DOOM

Denuvo DRM has been removed from DOOM

Denuvo has become an incredibly popular form of DRM amongst game publishers over the years but as we have seen over the last year, it can be cracked, it just takes quite a bit of time. This week, DOOM is dropping Denuvo DRM on PC after finally being cracked, in a similar move to the indie game ‘Inside' just a few weeks ago.

Denuvo is an anti-tamper technology that sits on top of other DRM. It is a very difficult piece of software to crack, which has led to more and more game publishers swiftly adopting it over the last year. However, cracking groups have been finding some success getting certain Denuvo protected titles working. 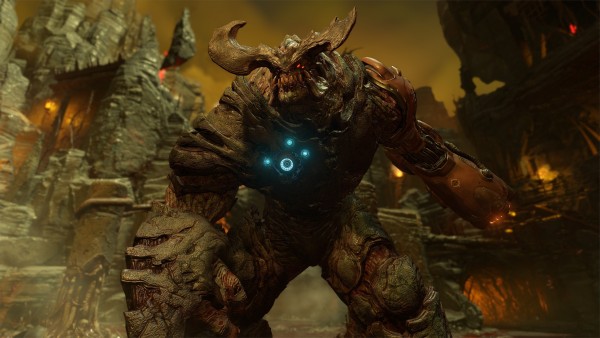 DOOM was initially cracked back in September, which has led to Bethesda choosing to completely remove Denuvo in its latest patch for the game. But why would a studio remove protection entirely after shelling out the cash for it? Well it turns out that Denuvo might have a refund clause that guarantees total protection for a certain period of time.

As TorrentFreak pointed out, recently a self-proclaimed game developer posted on Reddit to explain how Denuvo works: “I do want to explain what happened here. Denuvo Software Solutions offers a guarantee, if your Denuvo game is cracked within a certain time (3 months is normal), you do not have to pay for Denuvo. Part of claiming the refund is you must remove Denuvo from your game.”

DOOM was cracked around four months after its initial release but it is possible that a refund clause is hammered out between publishers and Denuvo on a game by game basis. It appears to be a win-win situation for publishers too, a game is likely to be uncrackable for the first few months it is on sale, meaning launch sales won't necessarily be affected by piracy. From there, if a crack does occur, they've made a good chunk of sales and no longer need to pay Denuvo's fee.

KitGuru Says: Denuvo is still a really strong piece of protection for many games but it isn't quite the permanent solution to piracy that publishers had likely hoped for. It will certainly be interesting to see if this trend continues going forward.