A future Mirror’s Edge title was announced quite some time ago but over the last year or so, EA and DICE have been very quiet on the subject. However, with E3 coming up this month, it is time to start talking again as DICE and EA have revealed that the next Mirror’s Edge game will be titled ‘Mirror’s Edge: Catalyst’ and apparently, it isn’t a sequel, in-fact from the sound of it, you could probably class it as a reboot.

In a post to the Mirror’s Edge website, the game’s senior producer, Sara Jansson said that DICE is currently treating this new game as a total revamp with an entirely new take on the mechanics and in-game systems. 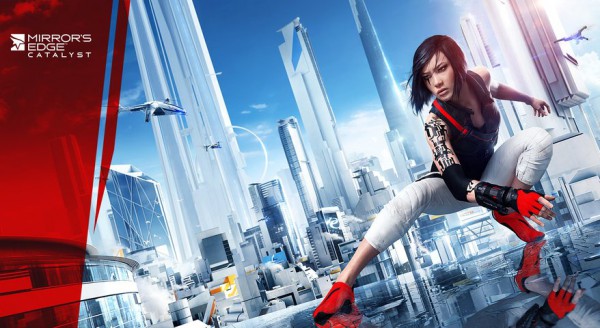 “Mirror’s Edge has always had a special place in the hearts of all of us at DICE. The first game had a lot of promise. It was unlike anything else in terms of the gameplay and style — it had a unique soul. But as much as we loved that game, we knew it could be more. So that’s what we have set out to do as we introduce Mirror’s Edge to a new generation.”

“The team has spent a lot of time re-evaluating every aspect of the game and making it a new experience. This is not a sequel, this is not Mirror’s Edge 2. We have landed on a vision that honors the first game — pushing the boundaries of first person movement and diving deeper into the story behind our heroine Faith — but also brings a lot of great new, interesting gameplay and features to the experience for our players.”

KitGuru Says: EA’s E3 presser is just six days away so we shall be seeing more of this game then. Maybe we will also finally see some Star Wars: Battlefront gameplay, something many have been clamouring for since its announcement back in 2013.