DOOM is getting an open beta, DLC plans announced

Over the weekend, Bethesda and Id Software held a closed beta test for DOOM, which comes out next month. However, everyone else will get a chance to try the game out for themselves during the open beta, which will take place from the 15th of April until the 18th, with no need to sign up for any codes or invites.

This beta will be mostly the same as the previous one, with access to Team Death match and Warpath, which is a king of the hill style mode but the points jump around the map. You will also be able to play on the Heatwave and Infernal maps. 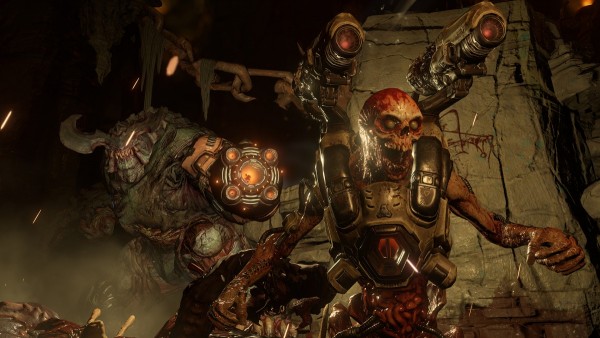 Now we move on to what could be more divisive news. DOOM is going to have three paid DLC packs following its launch in May, featuring maps, weapons, new playable demons, armour sets and customization options. Each DLC pack will cost £12 on its own while the season pass will cost £30.

The downside to this approach is that it could split up the player base as not everyone will have access to all of the in-game maps or even weapons. Locking guns and demons behind a pay wall could also raise concerns for the game's balance.

KitGuru Says: I played quite a bit of the DOOM beta over the weekend and I really enjoyed what I played. However, I'm not such a big fan of the DLC approach. Have any of you tried the new DOOM yet? What do you think of the DLC plan?