There is an Attack on Titan game heading to the PC

Attack on Titan went on to become a hugely popular manga and anime series over the last few years and while we have seen a couple of video games made, they have been mostly console-bound. However, this year, those of us on the PC will be getting an Attack on Titan game, developed by the team behind Dynasty Warriors.

Attack on Titan (the game) initially launched on the PlayStation 4 in Japan back in February but the game will now be heading to the west in August on the PC, PS4, Xbox One as well as the Vita and PS3. 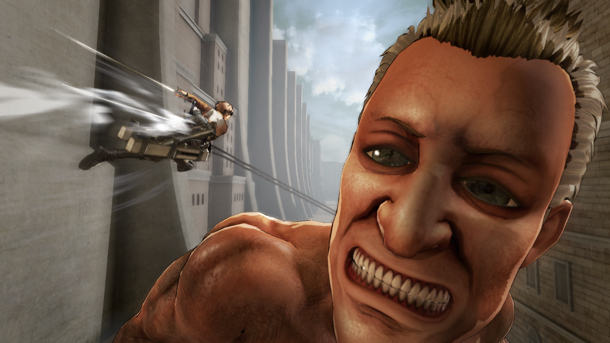 The game is simply titled ‘Attack on Titan' and is based on the anime/manga, developed by Omega Force. There is a trailer available for it, showing off the chosen graphics style for the game, a little bit of gameplay and a whole lot of grappling hooks and swords.

The game reviewed fairly well in Japan so now we just need to wait and see if the PC version will be any good when it comes to Steam on the 30th of August.

KitGuru Says: I've been keeping up with the Attack on Titan manga ever since I finished the anime some time ago. It is certainly a series that could make for a fun video game so hopefully we get a decent version on the PC.

Previous DOOM is getting an open beta, DLC plans announced
Next iOS users may soon be able to hide stock apps