There are two games joining Game Pass starting today – Outriders, which is now available on PC as well as console, and Into the Pit, which is available for Xbox Game Pass across cloud, console and PC. 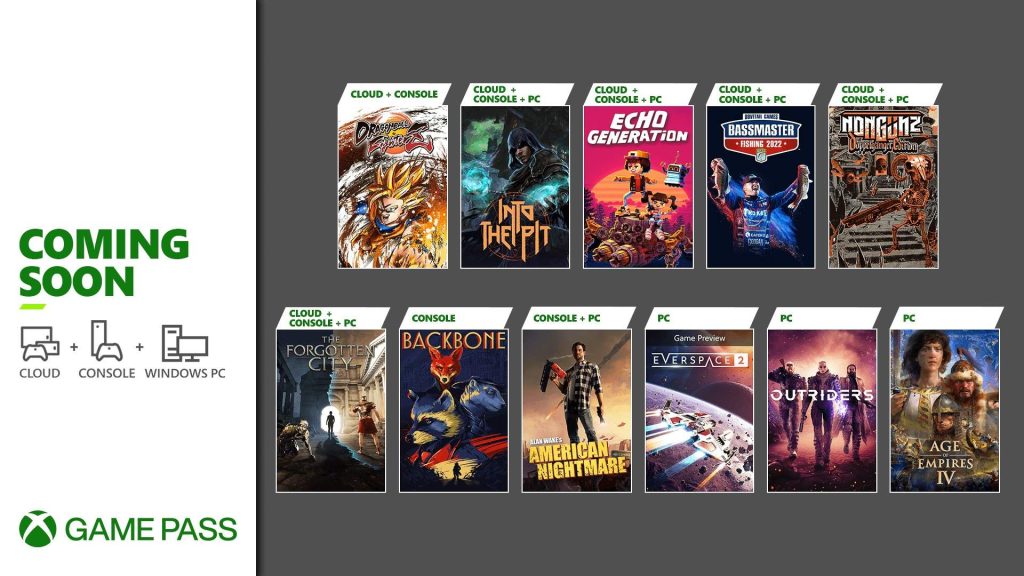 On the 21st of October, three more games will be joining the service, starting with Dragon Ball FighterZ (cloud and console), the excellent 3v3 fighting game from Arc System Works. Echo Generation will be joining Game Pass across cloud, console and PC, while Everspace 2, an early access title, will be available on Game Pass for PC.

On the 28th of October, six more games will be joining Xbox Game Pass, including:

Unfortunately, some games have to leave Xbox Game Pass to make way for newer titles. On the 31st of October, the following titles will be leaving the service; Carto, Celeste, Comanche, Eastshade, Five Nights at Freddy's, Knights & Bikes and Unruly Heroes.

KitGuru Says: If you've got Xbox Game Pass and need something new to play, I would recommend trying Outriders, Age of Empires 4 and Dragon Ball FighterZ. While the new Age of Empires isn't out just yet, it is shaping up to be a great game, while the other two have already garnered plenty of critical acclaim.