Dragonball Xenoverse 2 has been announced

Dragonball Xenoverse was the first major game in the franchise to launch on Steam and to my surprise, it turned out really well, as did the game on consoles. The sequel will follow a similar premise, you will create your own character and time travel to key events in the Dragonball timeline, go Super Saiyan and save the world- well at least that's what I can gather from the trailer. 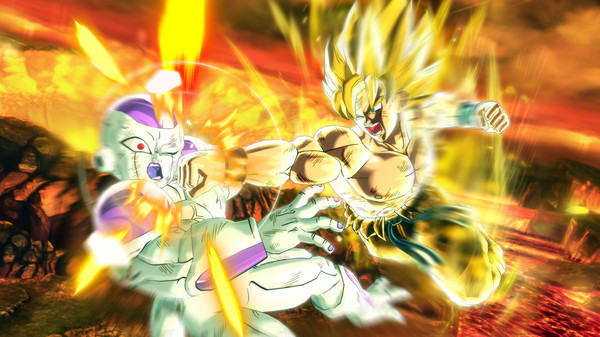 The trailer doesn't give away much, nor does it present us with a release date. However, Xenoverse 2 will be coming to the PC, Xbox One and PS4. Hopefully the team behind the game can refine the combat system a bit and perhaps make it a tad less button mashy and more combo based like the old Budokai games. Some more customization options would be nice and last but not least on my wishlist, ensure the online works properly on day one.

KitGuru Says: I was a huge fan of Dragonball Xenoverse and actually pleasantly surprised by how well it ran on PC. The only major issue it had at launch were the servers, which did not hold up well for the first week or two. Did any of you play Dragonball Xenoverse? What would you like to see change in the sequel?

Previous Nvidia GTX 1080 Founders Edition Graphics Card Review
Next What level do you need to be to start Witcher 3: Blood and Wine?