A little while ago, Frontier Studios brought Elite: Dangerous over to Steam. At the time, there were no plans to give early adopters a chance to switch over to the Steam version but that seems to have changed. Now those who bought Elite: Dangerous through the official website, or those who backed the Kickstarter campaign, will be able to claim a free Steam key on the 28th of May.

In a post on the Frontier forum, Edward Lewis, the studio’s community manager, said: “We always appreciate it when you buy direct from our store because it means we can put more into supporting and developing Elite: Dangerous. But we know a number of long-time players and backers like to play through Steam and we think it’s fair everyone has that option, not just new players.” 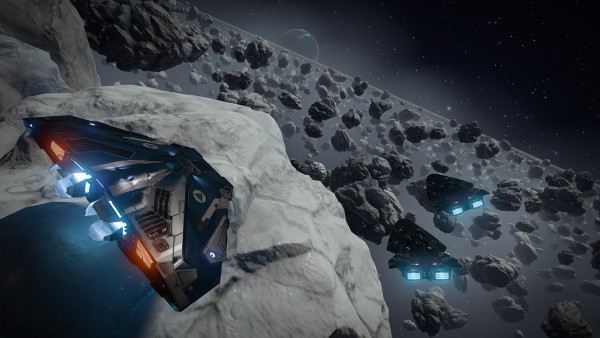 There will be a way for players to connect their Steam and Frontier accounts. Owners of Elite Dangerous can get their Steam key from the account page on the official website from the 28th of May onwards. There doesn’t appear to be a time limit for Steam key claims at this time.

Elite Dangerous launched on Steam last month. Steam will keep the game up to date automatically alongside the game launcher. Right now, any DLC for the game will have to be bought through the Elite webstore, this way, Frontier can avoid Valve’s 30% cut on transactions made through Steam.

KitGuru Says: It is always nice when developers support the community with Steam keys since a lot of gamers like to keep their library all in one place.