Elite: Dangerous is due to release next month but those who have pre-ordered won't be receiving the planned and promised offline play mode. Frontier has decided to ditch the mode as it would be “unacceptably limited and static”.

In an update on the game's Kickstarter page, the developer writes: “Going forwards, being online lets us constantly both curate and evolve the galaxy, with stories unfolding according to the actions of commanders”. The offline, single player mode was planned as far back as 2012 and as you would imagine, some members of the community are a little upset about the decision to cut it. 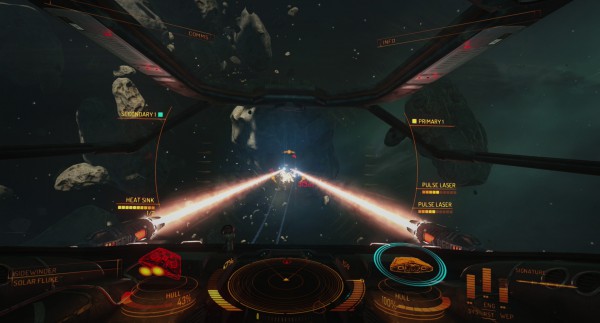 The Kickstarter update goes on to say:

“Exploration is also a key factor, too, and it is important that what a single player explores matches what other players explore whether single or multiplayer – a complex, coherent world – something we have achieved. Galaxy, story, missions, have to match, and it does mean the single player has to connect to the server from time to time, but this has the added advantage that everyone can participate in the activities that can happen in the galaxy. A fully offline experience would be unacceptably limited and static compared to the dynamic, ever unfolding experience we are delivering.”

KitGuru Says: Some backers probably understood that the offline mode would have been a lesser experience but at the same time, the fact that it was cut is probably a good indication that the quality just wasn't up to scratch at all. How do you guys feel about this?