Elite Dangerous will land on Oculus Rift at launch

Elite: Dangerous has often been touted as a SteamVR title so we knew it would be landing on the HTC Vive when that comes out in April. However, today, Oculus and Frontier announced that Elite: Dangerous would also be available on the Oculus Rift from the headset's launch on the 28th of March.

Frontier has often stated that it developed Elite: Dangerous with VR in mind. The crowd-funded space sim also supports cross-platform multiplayer, which means you can explore the galaxy with players across Oculus, consoles, PC, and Mac. 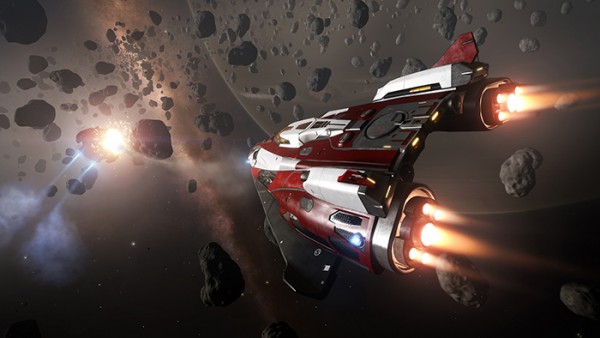 If you happened to buy the Elite: Dangerous Horizons expansion, then you will actually get the Oculus version of the game for free. This will be the second space-themed title to launch alongside the Oculus Rift as well as all pre-orders of the headset come with a free copy of Eve: Valkyrie, which focusses on spaceship combat, rather than exploration.

KitGuru Says: There was a bit of talk of Frontier not supporting the Oculus and focussing on SteamVR not too long ago. However, it seems that Oculus has managed to win the studio over and snagged the game for the Rift's release date on the 28th of March.