Eve Valkyrie to remain exclusive to Oculus Rift on PC

Eve Valkyrie, CCP’s upcoming space dogfighter built for virtual reality will remain exclusive to the Oculus Rift headset on the PC for now, meaning that it isn’t being built to work with Valve’s upcoming VR headset, the Vive.

This news came from Owen O’Brien, speaking with PC Gamer. When asked if we will ever see Eve Valkyrie on Valve’s HTC made headset, he said: “”We are exclusive on the Oculus on PC at the moment, but we’re not ruling out other platforms in future. We’re making a ‘VR’ game, ultimately”. 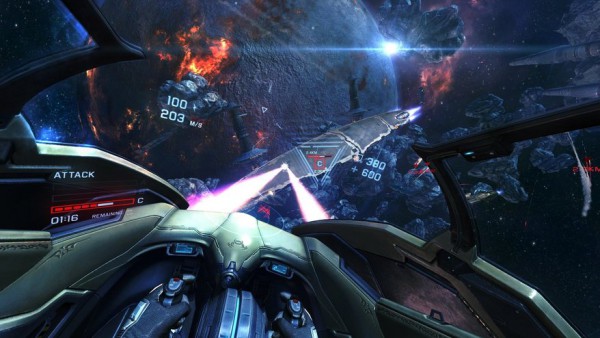 “There’s scope to be on other platforms in the future. I don’t want to say exactly when”. He then went on to comment on if there will be enough support for Valve’s virtual reality solution, saying that it is currently one of the big questions.

KitGuru Says: I’m not sure I like the idea of different virtual reality headsets having their own exclusive games, it could really cause a rift in the PC gaming market. What do you guys think of this? Do you think VR headsets should have their own exclusives?