Remedy Studios, the team behind the original Alan Wake and Microsoft’s upcoming exclusive IP, Quantum Break, has revealed 13 minutes of gameplay footage of a prototype version of Alan Wake 2.

The video was recorded back in 2010 and the project was cancelled or shelved quite some time ago. The game’s Creative Director, Sam Lake, also revealed some further details about the canned sequel in an interview with Polygon. 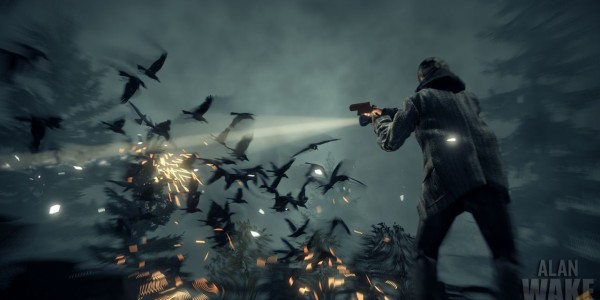 According to Lake, Remedy Studios has planned for a sequel to Alan Wake from the very start and even had some ideas about story and character developments further than that.

“What we have mapped out is a longer thing than the first game and a sequel; there is more to it. In many ways, we see the universe as a bigger thing. Alan Wake is a very central character, but we have other characters around him like friend and agent Barry Wheeler and his wife Alice and Sheriff Sarah Breaker and other characters there”.

The game footage released was one of several prototypes in development, so everything was still in the very early stages. Unfortunately, Lake said that Microsoft decided not to go for an Alan Wake sequel at the time these prototypes were made: “we showed it to Microsoft and I guess at the time Microsoft was looking for something slightly different for their portfolio”.

KitGuru Says: Alan Wake was a pretty good game, it even managed to shift 4.5 million copies across the Xbox 360 and PC, which is pretty decent for a brand new IP. Unfortunately, it doesn’t look like we are going to get a sequel to the game any time soon. Although Remedy is working on Quantum Break, which was recently delayed until 2016.