The Apple Watch has launched and according to early estimates, it is already enjoying high sales, with Apple reportedly bringing in around $2 billion in revenue already from the watch. So how is Google going to remain competitive in the wearable market? Well its first step is to launch a big software update.

Android Wear’s new update will bring native support for WiFi, among other features that will bring the likes of the Moto 360 or LG G-Watch more in line with the Apple Watch. Android Wear currently uses Bluetooth to communicate with a handset, which has a limited range of around 30 feet, whereas WiFi support will allow users to receive notifications even while they aren’t tethered directly to their phone. 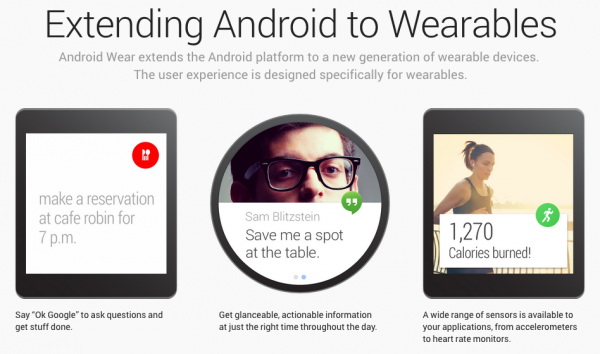 Aside from that, Google will also be adding in support for always-on apps, making it easier for users to use something like Google Maps. Previously, the only app Android Wear owners could keep up all of the time was the watch face because the primary use for a watch is still being able to see the time.

The first smartwatch to get its hands on the update will be the LG G-Watch, followed by the Moto 360 and Sony Smartwatch 3 over the next few weeks. You can read the full blog post from Google, HERE.

KitGuru Says: The Apple Watch has been selling like crazy, even the high-end ‘Edition’ models have shipped 40,000 units so far. Judging by this, it is clear that we are going to start seeing smartwatches regularly in the wild, despite the fact that many people still doubt how useful owning one could actually be. Do any of you guys happen to use a smartwatch like a Pebble or something from the Android Wear lineup? Do you find it useful?

Previous Footage of cancelled Alan Wake 2 project released
Next The Witcher 3 goes gold, set for worldwide release on May 19