For Honor is getting an alpha test this weekend

For Honor isn’t set to launch until mid-February next year but that doesn’t mean you won’t get the chance to try it out ahead of time. In fact this weekend Ubisoft will be holding a closed Alpha phase for the game, including three PvP game modes and three of the in-game factions to try.

Right now, you can register for the closed alpha test, though you’ll need to do it soon as it kicks off tomorrow evening. From there, the multiplayer alpha will go on until the 18th of September. 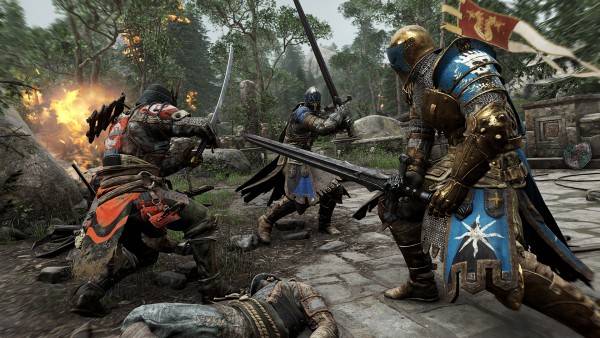 If you are successful in securing an invite, you will get to play three modes: Duel (1V1), Brawl (2V2) and Dominion which is a 4V4 mode. As far as classes, you will get to play as The Orochi (Samurai), The Berserker (Viking) and The Conqueror (Knight), all which distinct weapons and play styles.

When the game officially launches in February 2017, there will be two more PvP modes and three more classes included, which we will likely see as we get closer to the time.

KitGuru Says: For Honor has been a highlight for Ubisoft as the last couple of E3 conferences and so far, those who have played it have had good things to say. Have any of you guys had the chance to try For Honor at all?