The Windows 10 Anniversary Update rollout did kick off back at the start of August and while Microsoft did confirm that the update would be staggered out, things do seem to be moving along quite slowly, in fact, some users may not even get the update until November, which is quite a wait given the feature changes and improvements Microsoft has implemented.

ZDNet was the first to spot the rollout timeframe, which was included at the bottom of a recent email from Microsoft. It said: “The Anniversary Update will download and install via Windows Update. The download is automatically available to you. It will begin rolling out on 2 August 2016 and may take up to 3 months to reach all users.” 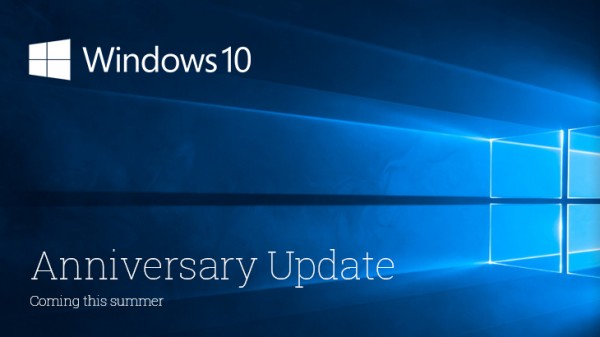 If you are still waiting for the Anniversary Update to land, you can install it manually through the Windows 10 download page. This update is quite an important one to get, it makes some changes and improvements to Cortana, the Edge Browser and for gamers it brings support for new cross-buy, cross-play functionality with Xbox, which will allow you to play games like Halo 5: Forge, ReCore, Gears of War 4, Forza Horizon 3 and more.

On the flip side, the slow rollout could partially be down to issues many users faced when the update first appeared. During its early days, the update had some adverse effects on anti-virus software, webcams, Google Chrome and more, though a lot of those bugs have probably been ironed out by now.

Previous For Honor is getting an alpha test this weekend
Next The EU will have 5G by 2025, free WiFi in cities by 2020