Over the last few years, Ubisoft has been trying something new with the Assassin’s Creed franchise, pushing the series into RPG territory. After the release of Assassin’s Creed Odyssey, former Dragon Age and BioWare creative director, Mike Laidlaw, joined Ubisoft Quebec but now just over one year later, he is moving on.

Mike Laidlaw joined Ubisoft’s Quebec studio back in 2018 and since then, the team has been working on ‘Gods and Monsters’, which was recently delayed while Ubisoft reshuffles its creative teams. Part of that shuffle apparently includes Laidlaw leaving Ubisoft:

Quick update from me!

Today (Jan 31st) is my last day with Ubisoft. Huge thanks to the talented and welcoming folks at Ubisoft Quebec City for my time there.

Now to take stock and figure out what’s next!

Before joining Ubisoft, Mike Laidlaw had worked on Mass Effect, Jade Empire, Dragon Age 2 and Dragon Age Inquisition, all in the span of a 14-year long tenure at BioWare.

Currently, Laidlaw has not announced where he plans to go from here, but he will likely land somewhere soon enough.

KitGuru Says: There is a lot of internal change going on at Ubisoft right now, so some departures were bound to happen. BioWare veterans have a history of returning to the studio, so perhaps the same thing will occur here. After all, Dragon Age 4 is now in the works.

Previous Nintendo hacker pleads guilty and faces time in prison as well as a $260,000 bill
Next Intel reportedly dropping Nervana in favour of Habana Labs for AI chips 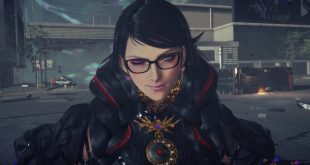 Ever since the initial announcement in 2017, fans have been eagerly awaiting the release of …