The trend of celebrities trying to sue game developers for using their ‘likeness’ seems to be continuing this year. However, this time around it is not Rockstar in the hot-seat, instead, it is Microsoft and Epic Games. Late last week, former NFL player and professional wrestler Lynwood Hamilton came out to claim that the character ‘Cole Train’ from Gears of War is in fact based on himself.

Epic Games, Microsoft and Cole Train voice actor, Lester Speight are facing the lawsuit. According to the suit, Hamilton only became aware of the Gears of War character in 2015, when his son began playing one of the games. According to the outline of the legal complaint on Courthouse News, the similarities between Gears character ‘Cole’ and Lynwood Hamilton’s wrestling alter ego ‘Hard Rock Hamilton’ are that both are black, have played professional football and have physical similarities as well. 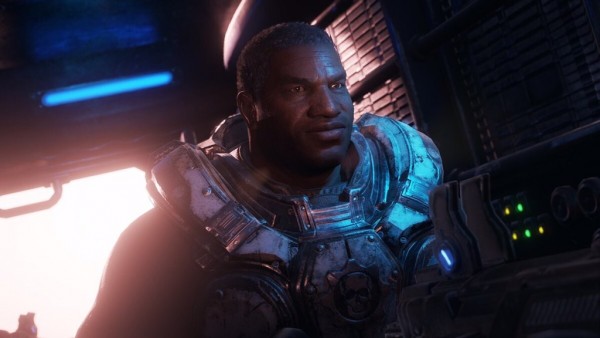 The suit also claims that Cole Train’s voice also belongs to Hamilton, despite the character actually being voiced by actor Lester Speight. Hamilton apparently hired a forensic analysis company to compare his voice to that of the character and concluded “to a reasonable degree of scientific certainty” that both voices are the same. The lawsuit seems to suggest that Epic Games may have cut and paste together old recordings of Hamilton’s voice for Cole Train’s lines.

As you might imagine, Hamilton is seeking a “proportional percentage of the profits” earned by the Gears of War franchise, alongside punitive damages and legal feels. Essentially, if he wins, he stands to gain a lot of money. So far, Microsoft and Epic Games have yet to comment on the lawsuit, which is pretty standard procedure when faced with legal action.

KitGuru Says: The lawsuit seems like a bit of a stretch to me, especially the splicing together of vocal recordings to create Cole Train’s lines throughout the Gears series. That said, you never can be too sure which way these sort of cases are going to go, so it will be worth keeping an eye on.