Earlier this week, it was announced that Gearbox would be partnering up with G2A for the launch of Bulletstorm: Full Clip Edition. This special edition partnership was unusual given G2A’s reputation as a fraudulent key marketplace and ended up causing quite an uproar on social media. It turns out, Gearbox wasn’t fully aware of the situation surrounding G2A and as a result, the company has presented G2A with a list of demands to meet if it wants to keep their contract. These include making G2A Shield protection free to all customers and being more proactive at shutting fraudulent key sellers down.

A large part of this decision came down to TotalBiscuit, who not only recently consulted with Valve on the future of Steam, but has now also helped Gearbox understand why its G2A partnership turned into a bit of a PR nightmare. Following their talk, Gearbox decided to give G2A a public list of things to fix if it wants to keep its partnership. 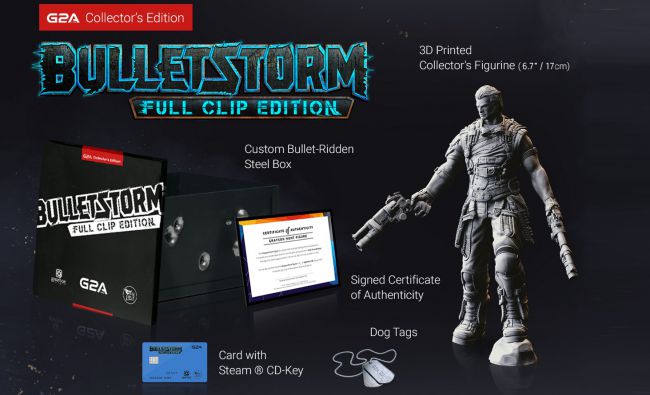 Gearbox has yet to say whether or not it has heard back from G2A. Still, it seems odd that a company like Gearbox didn’t know anything about G2A’s shadier practices. The retailer has been making steps to try and gain some legitimacy over the last 12 months but that only followed a huge amount of controversy after indie developer ‘Tiny Build’ spoke out against the company for profiting off of credit card fraud.

Other publishers including Bethesda and Ubisoft have also routinely pulled large batches of keys bought through G2A due to the fact that keys were illegally obtained and sold.

KitGuru Says: There are two outcomes to this, either G2A gives in and makes a huge stride to becoming a legitimate store, or it refuses and proves that it isn’t all that interested in shutting down the thieves generating its profit. Either way, it will be interesting to see how this all turns out.