Home / Software & Gaming / Gearbox is gearing up for Borderlands 3

Gearbox is gearing up for Borderlands 3

Gearbox Software is gearing up to start work on Borderlands 3 the development studio has reveled. Gearbox President, Randy Pitchford, teased the game during a panel at PAX South over the weekend, following the panel, he tweeted out that the studio was hiring for the upcoming project.

“We are recruiting for next Borderlands. This is the big one. Industry badass? E-mail me: [email protected]”, the tweet said. Work on Borderlands 3 hasn't begun yet but Gearbox is gearing up for production on it. Borderlands 3 will be one of several projects the company is currently working on, including the first person MOBA style game, Battleborn. 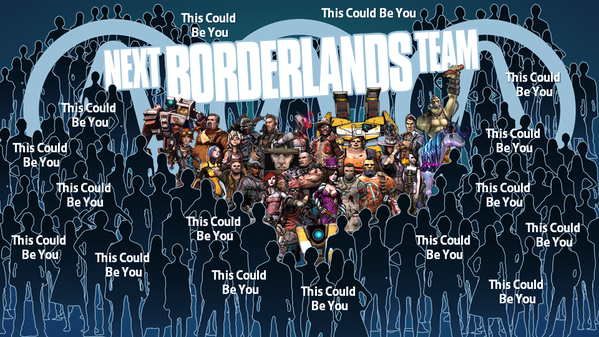 Aside from that, Gearbox is still creating DLC for Borderlands The Pre-sequel, which launched in October last year as well as working on The Handsome Collection, featuring Borderlands 2 and the Pre-Sequel for the Xbox One and PlayStation 4.

Aside from the fact that it is starting to be worked on, not much else is known about Borderlands 3 but we may learn more later this year at one of the many other annual gaming events.

KitGuru Says: It will be interesting to see if Gearbox takes any risks with Borderlands 3, the formula may need a change up considering that this will be the fourth overall Borderlands game we will have seen. What do you guys think? Should Gearbox stick to the same old Borderlands formula? What could the company do to change things up?