Gears 5 has gone gold, will appear at Gamescom and custom map creator confirmed

Over the last couple of weeks, things have been ramping up for Gears 5. Not only have we had two waves of multiplayer technical tests, but the game has been confirmed for another big showing at Gamescom in August and The Coalition has just announced that the game has gone gold, meaning the release build is ready to go in time for the September release date.

Speaking about the milestone, The Coalition studio head, Rod Fergusson said: “From all of us at The Coalition, we couldn’t be more excited to share Gears 5 with the world. I want thank the team here who has worked so hard for our fans, and we all hope you are all as excited as we are to play Gears 5. This is furthest we have ever taken the franchise, living our studio mantra of ‘if you want to go far go together’”. 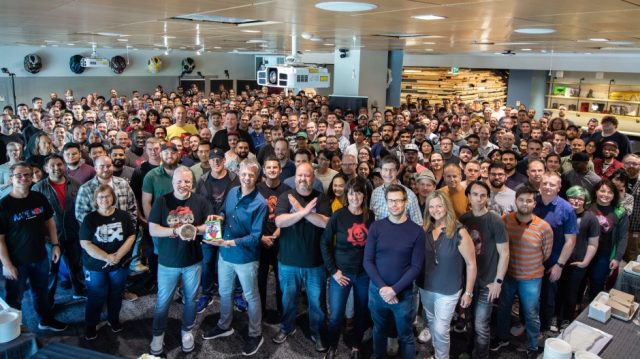 Looking at the list of modes for Gears 5, it seems that creating variety in gameplay was a huge part of development. Not only do we have the classic campaign, multiplayer and horde modes, but Gears 5 is also going to ship with a custom map creator and a brand new mode called ‘Escape’, which will throw together a squad of humans into the centre of a Swarm base, tasked with blowing it up and getting out in one piece.

The Gears 5 achievement list has also been revealed, indicating that there will be four main acts for the campaign mode, which will take us to new environments that we’ve never seen in a Gears game. The focus will also shift from the Fenix family, putting a lot of the story-telling onus on Kait, who had her own character twist at the end of Gears 4.

KitGuru Says: Gears 5 is launching in less than one month and so far, it is shaping up to be a good one. Are any of you planning on playing this when it comes out next month?