Microsoft made its biggest push for PC gaming in years at E3 2016, with one of the bigger announcements being that Gears of War 4 will be coming to the platform alongside the Xbox One release later this year. Since then, the team behind the game have spoken out a little bit on the technical details of the PC version.

This won’t be the first Gears of War game to land on PC this year. Gears of War: Ultimate Edition on the PC was one of the very first built on Microsoft’s new Universal Windows Platform. Microsoft’s new platform had some issues early on but since then, things have improved and Gears of War 4 will benefit from that. 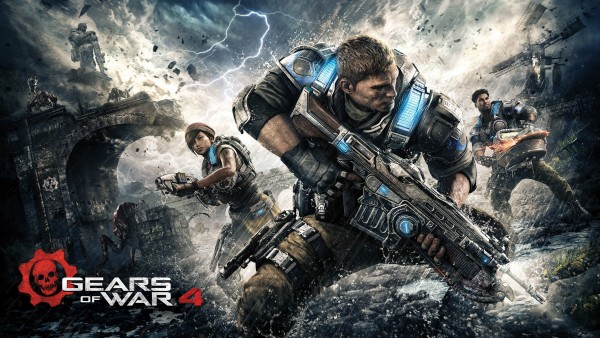 From the sounds of it, the Gears team is taking PC optimization seriously too: “With Unreal Engine 4 and our own custom modifications, we can take much better advantage of multiple CPU cores, alleviating the game from being CPU-bound and allowing more room for the GPU to shine with enhanced visual quality or higher frame rates. Single-player will not be locked to 30 fps on PC.”

On the graphical side of things, PC users can expect plenty of tweakable options, there is also support for dynamic scaling and super-sampling: “You can super-sample, let's say up to 4K, and then enable dynamic scaling and set the maximum amount of scaling you want to allow so you can maintain a very crisp image with scaling kicking in where needed and only to the amount you consider acceptable”.

KitGuru Says: The Universal Windows Platform had some bumps initially but by the sounds of it, things have improved and we should see the benefits of that when Gears of War 4 launches. Will any of you be playing Gears of War 4 on PC? Will you give UWP another shot if it has improved?