There have been a few big game launches this week, topped off by Ubisoft's Assassin's Creed Valhalla. To coincide with this, the GeForce Now library is getting an update, making Valhalla streamable alongside a few other games.

Assassin's Creed Valhalla will be streamable on GeForce Now via Ubisoft Connect (formerly uPlay) as well as the Epic Games Store launcher. With GeForce Now, players can access the game on any PC, Mac, Android device, Shield TV and most recently, Chromebooks. 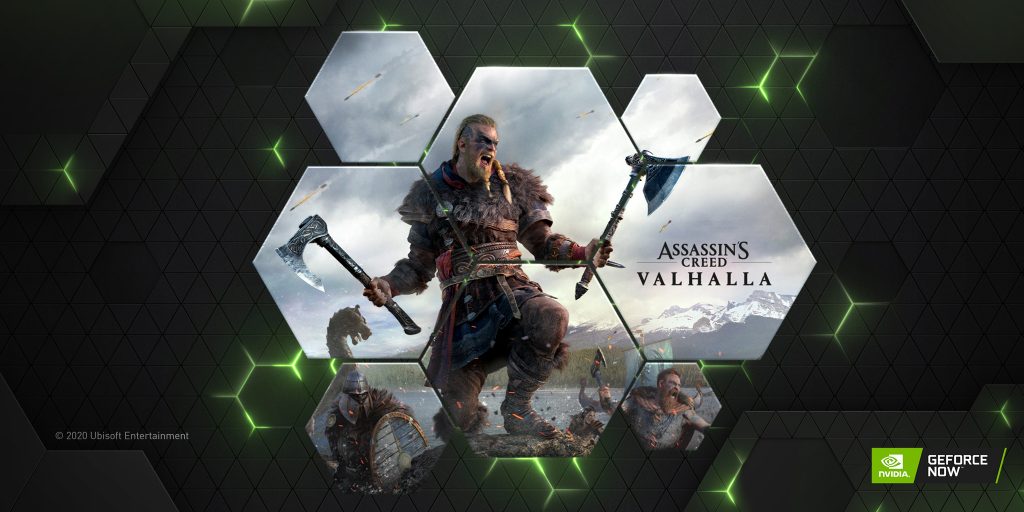 Here is the full list of games coming to GeForce Now this week:

XIII is a remake of the cult classic cell-shaded shooter, while The Falconeer is an independently made, fantasy air combat title. Bright Memory is another promising indie game, preceding the upcoming Bright Memory Infinite, this game combines action mechanics with lightning fast FPS sections.

All of these games should be available on GeForce Now starting today.

KitGuru Says: Have many of you tried GeForce Now recently to stream games away from your usual setup?