The long-awaited Grand Theft Auto Online: Heists update is finally arriving this month on consoles and will apparently take up just under 5GB of hard drive space according to Xbox One owners. The new mode doesn’t launch until tomorrow but some managed to grab screenshots of the update prematurely rolling out over night.

The update will be smaller on last generation consoles, weighing in at just 1.2GB on the Xbox 360, this is likely down to the lower resolution textures and graphical assets used on the original version of the game. Rockstar’s latest add on will include five online heist missions, which you can play with friends equipped with an armory of new weapons and cars. 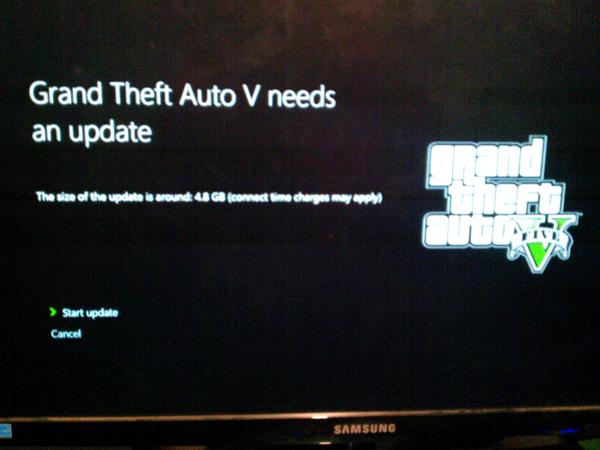 There are set to be nine new achievements included with the update, awards range from completing the new missions to managing to pull off a heist without taking any damage.

Heists were originally supposed to launch last year before the summer but the update was indefinitely delays, presumably to speed up development on the next gen version of Grand Theft Auto V. Unfortunately, PC gamers will have to wait a little longer to get in on the action as GTA V PC was delayed until the 14th of April.

KitGuru Says: The Grand Theft Auto Online Heists update has been in the making for a long time. Hopefully these five missions will end up being worth the long wait. Are any of you guys planning to try out the Heists update on console? Are you still waiting for GTA V to launch on the PC?

Previous Valve talks Half-Life VR and why it might not happen
Next What games did you never get working?