As fun as GTA Online is, it does have a few problems. For starters, friends can’t set up their own private servers to play custom-made content together, there are quite a few cheaters floating around and everything runs on a peer-to-peer network, which can result in connection issues for many users.

Fortunately for PC gamers, we have mods, so some modders decided to create FiveM, a separate multiplayer add-on that does not link up with GTA Online, as a result, it technically complies with Rockstar’s modding rules, since it only uses single-player files. Unfortunately, it seems Rockstar isn’t such a big fan of the project, as the mod creators have had their GTA V accounts banned. 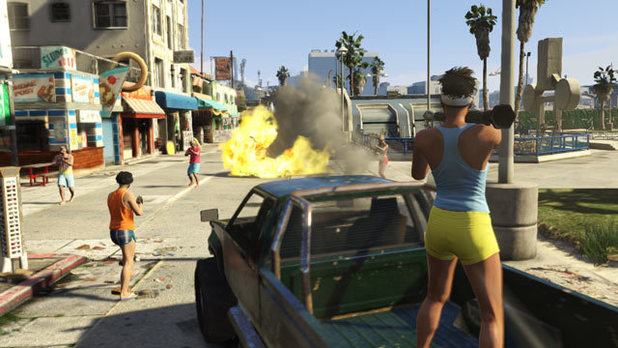 FiveM allows users to play Grand Theft Auto V together in servers that are separate to Rockstar’s own, it also allows for custom maps and modded content online, without touching the official GTA Online files. Unfortunately, there is one part of the FiveM project that connects to Rockstar. The mod requires a Rockstar Social Club login, which the mod creators implemented to ensure that only people who owned the game could play online.

According to a report from Eurogamer, the mod’s creators were the first to suffer bans from using FiveM, with regular users being targeted after, suggesting that Rockstar is dishing these bans out manually, rather than leaving it up to the anti-cheat engine.

KitGuru Says: It sounds like the FiveM project was a step in the right direction for Grand Theft Auto V multiplayer. It would be nice if Rockstar would have ‘official servers’ for those who want to play through the GTA Online missions, and then allow players to set up custom ‘community servers’ for those who want to play with friends and enable custom/modded content. Custom server owners could set up admins to sort out any cheaters as well, which would make everyone happy.