When Microsoft announced the Halo Master Chief Collection at E3 earlier this year, it made every effort to hammer home the fact that all of the games would run at 1080p, 60 frames per second. However, it turns out that the development team has been running in to issues with Halo 2: Anniversary and as a result, the resolution has had to be scaled back a bit for the campaign mode.

Speaking with IGN, 343 Executive Producer, Dan Ayoub, confirmed that full 1080p resolution with 60 frames per second, was proving a challenge to reach due to running two separate graphics engines at once. The Halo 2: Anniversary campaign will be running at 1328×1080 rather than 1920×1080- which is actually slightly fewer pixels than 1600×900. 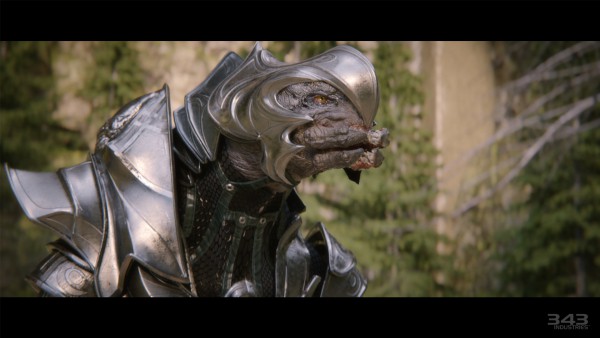 As you can imagine, some fans are a bit disappointed by this news, which is why Halo development director, Frank O’Connor, took to NeoGAF to explain the decrease in resolution:

“Halo CE Anniversary is running Xbox 360 fidelity assets at 1080p with some rendering and lighting improvements. H2A is running higher res textures, geo, characters and animation AND running the OG engine at the same time.”

All other games in the Master Chief Collection with run at 1080p with 60 frames per second.

KitGuru Says: 1328×1080 is actually slightly fewer pixels thank 1600×900. If the game didn’t run both old and new graphical engines at once to allow users to switch between the two at any time, the game would likely run at a higher resolution. Do you guys think the graphical switch feature is worth the hit to resolution?