Microsoft didn’t just announce the Halo 2 Anniversary Edition at its E3 press conference this evening, the company actually announced that it will be releasing the entire Master Chief collection on one disc with all of the multiplayer modes intact later this year. The collection spans across Halo 1-4.

This is unfortunately an Xbox One exclusive, which kind of goes against what Microsoft has been saying more recently in an effort to get in the good books of PC gamers. However, for those of you that do own the latest console, then this looks like a good buy. 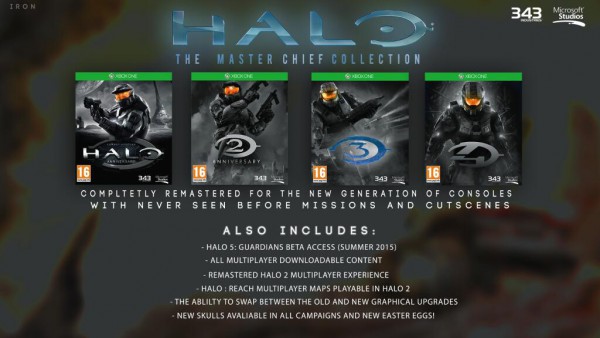 The collection will launch on the tenth of November and will include exclusive beta access to the Halo 5 multiplayer. The games will feature over 100 maps including six fan favourites remade for the Xbox One, the games will also run at 1080p and 60 frames per second.

Another extra to be included with the game collection is the Halo Nightfall live action TV series. In all, Microsoft’s E3 presentation went pretty well, there was way less mention of TV features and DRM, which left plenty of room for Phil Spencer to talk about the games. It’s just a shame that so many of them are Xbox exclusives rather than Microsoft exclusives, which would include the PC too.

KitGuru Says: As I was watching the Halo announcement live, I kept hoping for a PC announcement, unfortunately Microsoft still wants to sell Xbox’s and in order to do that- it has to neglect its other successful platform quite a bit. Did any of you guys watch Microsoft’s presentation? What did you guys think?