Home / Software & Gaming / Here is what you may need to run Elite: Dangerous with SteamVR

Here is what you may need to run Elite: Dangerous with SteamVR

Back in September, Frontier Studios announced that it was working on a version of Elite: Dangerous for virtual reality. The game would become part of SteamVR and support devices like the upcoming HTC Vive, which is set to release to consumers sometime next year. However, we didn’t have any definitive system requirements until now.

Virtual Reality is going to require a pretty capable gaming rig, which we already know from the Oculus Rift recommended system specifications. Though exact requirements can differ from game to game, as is the case here. 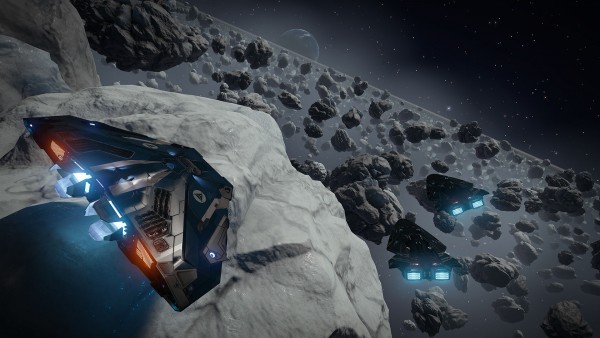 This information supposedly came from a Frontier press release, though I have been unable to track this release down, nor is there a news post on the game’s Steam page, or the Frontier website, so take this all with a pinch of salt. Gaming site, Gamecrate, claims that the minimum requirements include:

The CPU requirements are what make me question this information a bit, as an FX-4350 doesn’t really match up to a Core i7-3770K, so something definitely seems a little ‘off’. However, these specifications aren’t too dissimilar to that of Crytek’s Dinosaur Island, which is out on Steam right now, so this probably isn’t too far from the truth.

KitGuru Says: These specifications may not be entirely accurate, though they likely aren’t far from the truth given the requirements for other virtual reality games. Either way, it seems like VR is going to be quite the expensive undertaking for PC gamers for a while.

Previous Final Fantasy 7 Remake has a trailer, will release episodically
Next Microsoft is urging users to upgrade to Internet Explorer 11