HTC has apologized after teasing a new Half-Life game for the company’s upcoming virtual reality headset, ‘The Vive’, which was developed in collaboration with Valve. The drama all kicked off yesterday when HTC Chairwoman, Cher Wang, suggested that a new Half-Life game was on the way in an interview with the BBC.

During the interview, the HTC Chairwoman said “I think Valve’s best game is Dota, right, and Portal and Team Fortress and I think they are very keen to have them on Vive”. She then went on to say “We are co-operating with Half-life, and I think… I hope, you know, it will be on it.” 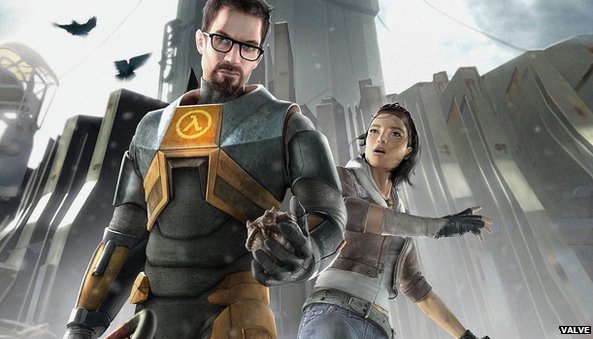 As you can imagine, given the official announcements of the Source 2 engine and the constant Half-Life 3 rumors, this claim from HTC that it was actively helping with a new Half-Life game set the internet alight with speculation. Things got worse when it was discovered that a Valve employee had a talk on game physics scheduled at GDC for 3PM on the third of March (3/3 at 3), this turned out to be a coincidence and Valve did not mean to fuel any speculation.

Following the interview with HTC, the BBC received official comment from Valve explaining that no VR Half-Life game was in development and that the comments made by HTC were surprising.

After fueling the fire, HTC ended up apologizing for incorrectly teasing a new Half-Life game:

“I would like to apologize for any confusion caused when I referred to individual games titles”, Wang said. “In response to a question on specific games, I misspoke when I referred to our working together with Valve on a particular game, when instead I meant our collaboration with Valve on developing next-generation virtual reality experiences for gaming.”

“I am very excited about the work we are doing with Valve, and look forward to bringing our HTC Vive to market later this year.”

The Vive is Valve’s own virtual reality headset built in collaboration with HTC. This marks HTC’ first big venture in to the gaming market. The device will be commercially available later this year.

KitGuru Says: HTC caused quite a stir yesterday with its Half-Life tease. Unfortunately, none of the rumors have panned out so far. There is still no Half-Life 3 but Source 2 has been announced and should be on the way soon, surely Valve will have a game running on the engine to show off its capabilities closer to release?