Bethesda has just announced a standalone prequel for last year’s Wolfenstein: The New Order, it is called Wolfenstein: The Old Blood and will feature an expansion sized story that sees Blazkowicz return to battle.

The prequel will be set in the year 1946, with the Nazis on the brink of winning the second world war. Hoping to turn the tide, B.J. Blazkowicz sets off on a two-part mission set in Bavaria. The first part of The Old Blood will see you breaking in to castle Wolfenstein to steal some coordinates. 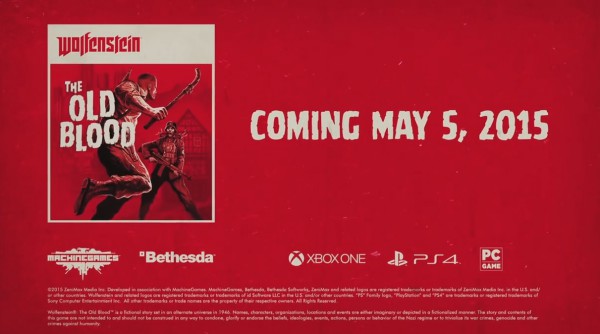 During part two of the standalone expansion, you will head off to the city of Wulfburg, where a Nazi archaeologist is uncovering artifacts that could unleash some form of ancient power. You can see the trailer for the standalone prequel above.

KitGuru Says: Wolfenstein: The New Order was one of the best games to release in 2014 so it makes sense that Bethesda wants Machine Games to continue to create content connected to it. Did any of you guys play last year’s Wolfenstein? What do you think of the standalone prequel idea?