Quake live has received a few divisive changes recently alongside the game’s launch on Steam and it looks like they are here to stay as id Software is attempting to bring the game to a wider audience by making it “closer to a modern shooter”.

New changes to the game include giving the player one primary weapon of their choice, while also granting more freedom as to what secondary weapon you spawn with. According to id Software’s forum post on the matter, this “allows players to try out various weapons and become more effective on spawn which has been the key complaint of newcomers.” 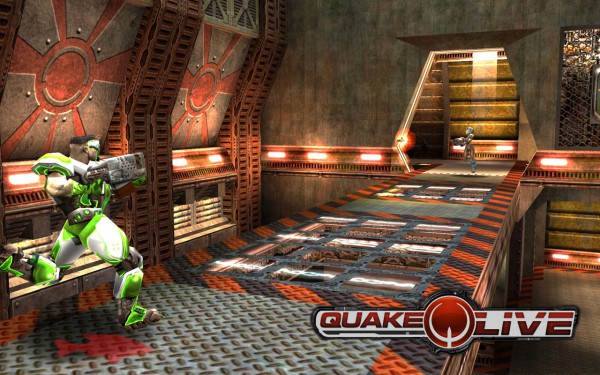 In an effort to make the game more accessible to new comers, the game also has an ‘auto hop’ mechanic, allowing players to hold down forward and the space bar in order to build up speed, rather than having to learn how to bunny hop from scratch:

“Because the new bunnyjumping only provides a limited amount of accel gain, and is only effective on straightaways, players will still need to learn strafe jumping over time. We hope that this new mechanic will allow both general movement and gameplay to become more accessible encouraging them to continue to play so that they may over time become more accustom to the finer side of Quake.”

Some veteran players are upset about these changes but id Software said that these gameplay changes are necessary in order to bring Quake “one step closer to being a modern shooter,while still holding true to our roots of remaining an incredibly fast paced old school shooter”.

KitGuru Says: The changes don’t sound all that bad to me but then again, I’ve not been playing Quake for years on end. Are any of you guys veteran Quake players? What do you think of the changes?