id Software is making some additions to Doom multiplayer on PC

While most critics have been in full agreement that DOOM's campaign is fantastic, the multiplayer hasn't impressed quite as many people. However, id Software will be making some changes and adding new features over the next few months to keep players coming back, including new custom game settings, private matches and bot support.

Speaking with Eurogamer, DOOM's executive producer, Marty Stratton went over some of the new changes due out in a Summer update: “There's certainly no lack of commitment to Doom as a multiplayer game on our side. We are already working on private matches with custom game settings and expect to include that in a free update this summer.” 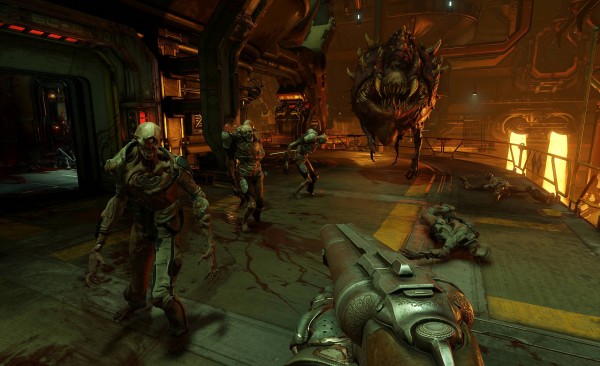 At launch, private matches will be invite-only but a traditional custom map browser is also said to be on the way, alongside bot support: “Our bot system was actually written by one of our long-time senior programmers, John Dean, known online as ‘Maleficus', who also wrote the Return to Castle Wolfenstein Fritz bot and the bots in Enemy Territory: Quake Wars, so he does great work with bots. But John also just happens to be our internal lead programmer on SnapMap, so he's very busy.”

Perhaps Bethesda will bring up DOOM at its E3 press conference next week.

KitGuru Says: I still enjoy DOOM's multiplayer just how it is but adding in more features is never a bad idea. Some of the limitations on the SnapMap system could do with being lifted on the PC though. Are any of you still playing DOOM? Is there anything you would like to see changed or added to the game?