Home / Software & Gaming / It looks like Mass Effect: Andromeda is coming in March

It looks like Mass Effect: Andromeda is coming in March

While EA and Bioware have been taking their time to publicly commit to a new release date for Mass Effect: Andromeda, it looks like Dark Horse Comics is a little more keen as pre-orders for the game's art book kicked off today. Dark Horse claims that its art book will be releasing “simultaneously with the game”, while also giving a March 21st release date.

EA and Bioware announced earlier this year that the return of the Mass Effect franchise would be pushed from late 2016 to ‘Q1 2017', which could mean anywhere from January to March. If this Amazon pre-order listing is anything to go by, then it looks like we can expect the game later on in March. 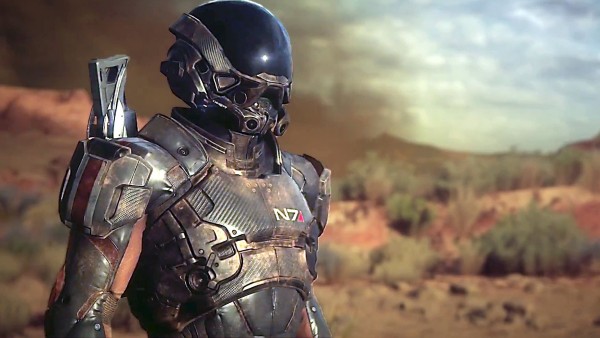 It is worth noting that it was Amazon US with the 21st of March listing for the Dark Horse's Mass Effect art book. Over on Amazon UK, the date is adjusted to the 23rd of March, so it looks like the game will have a slightly staggered release, with some countries getting it later than others.

This news was probably supposed to be announced on the 7th of November, otherwise known as ‘N7 Day'. Bioware had already promised to give us more details on that date and given the studio's long-lasting relationship with Dark Horse Comics, it seems likely that this information is accurate.

KitGuru Says: Bioware and EA have been light on the details when it comes to Mass Effect: Andromeda. However, hopefully things will start to ramp up in November and while this release date probably wasn't intended to be revealed just yet, as a fan of the series I do hope it sticks. Are any of you looking forward to Mass Effect: Andromeda next year?