Home / Software & Gaming / Killing Floor 2 is getting microtransactions too

Killing Floor 2 is getting microtransactions too

Right on the back of the PayDay 2 microtransaction backlash, Tripwire Interactive has revealed that it will be putting microtransactions in to its Early Access title, Killing Floor 2. As you can imagine, a lot of players aren't too happy about it, despite the fact that Tripwire is only offering item skins for additional money, rather than selling power or gameplay bonuses.

Killing Floor 2 will soon get a ‘Trading Floor' section, where players can buy weapon skins, which also have a chance to drop in-game. People can also make skins for sale on the Steam workshop, similarly to how Valve's own games operate, like Counter Strike: Global Offensive, this also means that skins can be traded in the marketplace and skin makers can make some money off of their creation. 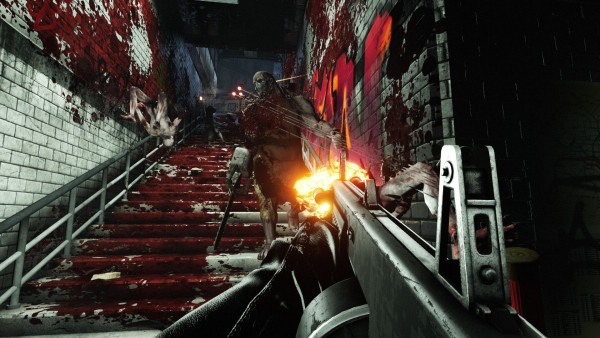 In a post on the game's FAQ page, Tripwire said: “All of the content added in Trading Floor at launch will be cosmetic only and not affect gameplay in any way”, though the team is open to the idea of selling additional weapons as DLC later down the road. Money made from microtransactions now during the Early Access phase will be used to fund additional post-launch content.

Since skins are being made by the community, along with artists that perhaps don't have much to do with the coding or bug fixing process, spending time on cosmetic stuff shouldn't theoretically take much away from actual development time.

KitGuru Says: While I would personally rather Early Access developers didn't resort to microtransactions, I don't see it as such a big deal since cosmetic items are usually made by artists with more time on their hands while the rest of the game is being coded, which means it shouldn't really pull any resources away from the game's development. That said, Killing Floor 2 is coming along at a pretty slow pace, so it is a tough one. How do you guys feel about cosmetic microtransactions in early access games? I wouldn't let this stop me from getting Killing Floor 2 myself.