KitGuru Games: Is Alan Wake Remastered worth the upgrade?

Alan Wake originally launched as an Xbox 360 exclusive all the way back in 2010, followed by a PC release in 2012. Now over a decade later, the game has been remastered for modern consoles and PC. Today for KitGuru Games, we’ll be looking at whether this cult-classic still holds up in 2021 and whether the remaster is worth the upgrade. 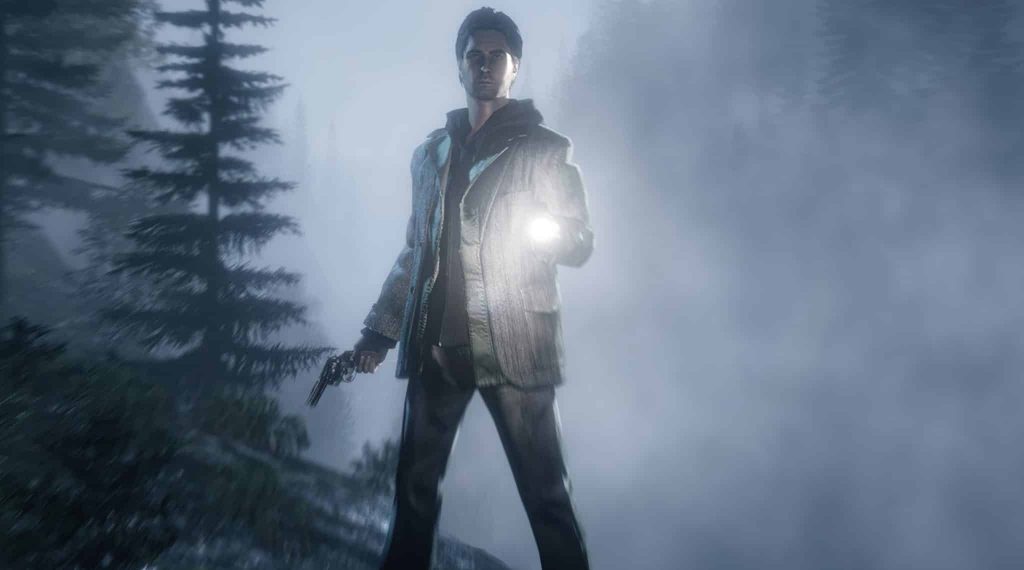 Alan Wake is a game that aims to blend elements of psychological thriller with cinematic action. The game opens with Wake running over a man with his car, only to get out and find that the body has disappeared, shortly after, a shadow-clad figure begins chasing you with an axe.

Through this sequence, we’re introduced to dodging enemy attacks, shining a torch at enemies to stun them and break their dark armour, and shooting them with a revolver. If you take damage, you can heal up under these brightly lit areas known as Safe Havens. Eventually, we reach the end of the level, and our titular character wakes up, revealing that this was a dream.

Alan Wake and his wife, Alice, are arriving in the small mountain town of Bright Falls, vacationing in from New York City, where Wake, a famous author, has been suffering from writer’s block. We enter a small diner, grab a key from a woman dressed up for a funeral and then we head off to a lakeside cabin on Cauldron Lake. It doesn’t take long for things to go wrong, Alice falls into the lake, Wake dives in after her and we wake up once again in a dark forest near the mountains, tasked with making our way through the area to reach the brightly lit building at the end.

This covers the introduction to the game, with the remaining chapters centring around Wake and his search for his wife, all while experiencing supernatural events and encountering ‘Taken’, the main enemy in the game. Taken are the same shadow-clad, axe-wielding humans we encountered at the start of the game, some have beefier shields and take more bullets to beat, others are faster, and others can throw weapons at a distance.

In most instances, you’ll be fighting the same way, creating some distance between you and the enemy to avoid getting rushed, shining your torch on them to break the shield, and then firing away. You start off with a revolver, a medium-damage weapon, but shortly into Episode 2, you’ll get a shotgun, which has a damage boost, but is very limited on ammo. You’ll also get a flare gun, which can be used to immediately break shields and wipe out enemies instantly, but once again, ammo is very scarce, so you’ll want to use these sparingly and possibly only use them during boss fights. Later in the game, you will also get access to a hunting rifle, which is more effective at range and standard flares that damage shields but don’t kill taken, unlike the flare gun.

Combat and enemy encounters don’t change much throughout the game and unlike Remedy’s most recent game, Control, Alan Wake’s combat is slow paced, after all, you are playing as an author with little in the way of combat training.

After a few hours playing as Wake and getting used to the combat, it does start to get repetitive. It doesn’t take long to master the systems and once you reach that point, enemy encounters aren’t as tense as they once were. Some level variety is introduced through small environmental puzzles, such as creating a bridge in a logging camp using a log lift, and some areas require very light platforming, but the game isn’t tuned for jumping around and freedom of movement is not this game’s specialty.

Instead, this game finds its footing in creating a foreboding atmosphere and maintaining it throughout the game. The mystery surrounding Bright Falls, Cauldron Lake and the characters should be enough to push you through to the end of the game. Alan Wake’s story is told over six chapters, with each taking one to two hours to complete. It is entirely beatable within 12 hours, making it a great story to experience during the Halloween season, but I’d recommend against playing it all in one go to avoid burning out. After the main six chapters, there are two DLCs which expand on certain elements a bit more.

Over the last few days, I’ve been playing an early version of Alan Wake Remastered on PC. This is more of a standard HD remaster, rather than a remake. There have been some touch-ups to characters, lighting, and environments, as well as better quality cutscenes, but there are points where you can still very much tell that this was a game made during the Xbox 360 era. I’ve included some minimal spoiler screenshots in the gallery below:

Don’t get me wrong, the game does look nice, particularly now at higher resolutions, but it does not reach new-gen levels of quality like Control or Quantum Break. Perhaps ray-traced lighting could have helped a bit here, but despite some rumours prior to the game's announcement, there are no ray-tracing features in this remaster.

On PC, the top graphics preset is ‘high’ and on my PC equipped with an Intel Core i7-8700K and an Nvidia GTX 1080 Ti, I was able to run the game with no issues. Frame rates were buttery smooth and usually hovering between 70 and 80 frames per second with minimal dips at 1440p. The only time I noticed a frame rate drop came immediately after the end of a scripted sequence early in the game and after a second, everything was back to normal.

There have been no obvious bugs, game breaking issues or crashes during my 5 hours of playtime with the remaster. I did encounter one area with flickering shadows, but we have been informed that this will be fixed with the day-one patch, which will ship with the game at release on the 5th of October.

If you have never played Alan Wake, then it is certainly worth playing through, particularly if you are looking for a small horror game to play. Fans of Control should also give it a go, as the events of Alan Wake tie into Control in some interesting ways that I don't want to spoil here.

If you are a newcomer to Alan Wake, then the remaster is the best way to experience it for the first time and the game is still worth picking up now in 2021 on PC, Xbox consoles and for the first time, PlayStation. However, if you already own the game on PC, then in my opinion, you shouldn't feel the need to purchase again, as the game is still perfectly playable in its original PC form and you can already crank up the resolution for sharper visuals.

KitGuru Says: Did any of you play Alan Wake back when it first came out? Or are you planning to pick it up for the first time?