The drama surrounding Konami, Hideo Kojima and the release of Metal Gear Solid V: The Phantom Pain continues as Konami has proceeded to remove the series' creator's name from game box art for the second time in recent months. This comes just a few days after the Japanese voice actor for Solid Snake confirmed that Kojima Productions has already closed its doors.

Box art for Metal Gear Solid V has been changed once again, removing the last remnants of Kojima's name for reasons we don't really know. It would seem that Konami's issue with the famed game developer has not been resolved as of yet. 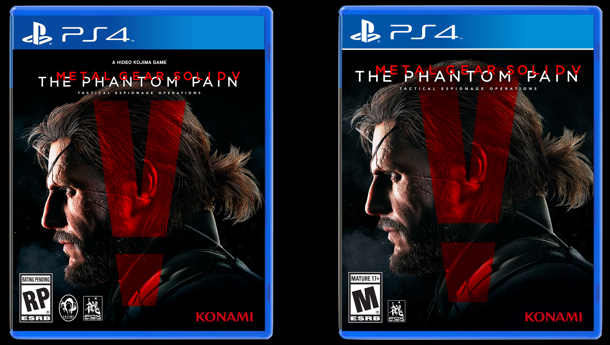 Over the years, Metal Gear Solid games have come with the words ‘A Hideo Kojima Game' somewhere on the box but in its effort to push Kojima out, Konami has scrubbed this from promotional material and box art for the final MGS game from Kojima.

Konami has yet to comment on its efforts to push Kojima out of the company and the full story has yet to be revealed.

KitGuru Says: The whole Konami VS Kojima saga continues.  Hopefully when Metal Gear Solid V is finally out we will get some answers.