Over the last year and a half, Microsoft has been talking a big game when it comes to supporting the PC platform but this year's E3 presentation really seemed to back that up. Not only was almost every Microsoft exclusive game shown today also announced for the PC but ‘Xbox Play Anywhere' was announced, which is Microsoft's new name for its cross-platform initiative.

Xbox Play Anywhere means Xbox or Windows 10 owners only need to buy supported games once to own them digitally across both platforms. Cross-platform play will also be enabled for these games. 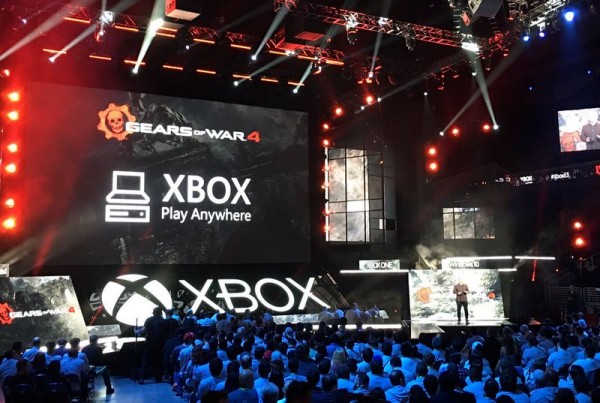 Upcoming ‘Play Anywhere' titles include Gears of War 4, which will support co-op gameplay between Xbox and PC, as well as Forza Horizon 3, which will also support cross-platform multiplayer. Other games to support the new program include Scalebound, Re/Core, Sea of Thieves and State of Decay 2.

KitGuru Says: I have a few friends that only play Xbox and another group of friends entirely on the PC, so having more cross-platform games seems like a great idea to me. It will also be nice to only have to buy a game once for both platforms. Have you been keeping up with the news coming out of E3 today? Has anything caught your eye in particular?

Previous Bethesda snuck a new Wolfenstein teaser into its E3 conference
Next Apple is ditching OS X, will move on to macOS