Some leaked documents obtained by VG Leaks reveal that Rime developer, Tequila Works, originally pitched the game to Microsoft under the working title, Echoes of Siren. Microsoft passed on the game but has since implied that this was a mistake.

The now Playstation exclusive title currently has no release date but a trailer was shown at Gamescon last year:

When pitching the game, Tequila Works, described it as “Gauntlet meets Minecraft meets Jason and the Argonauts.” Microsoft Studios Chief, Phil Spencer, admitted that passing on the game may have been a mistake in a tweet: “Part of the job is living with mistakes.Passed on Guitar Hero… I can list many misses regretfully. I try to focus on what we did ship.” 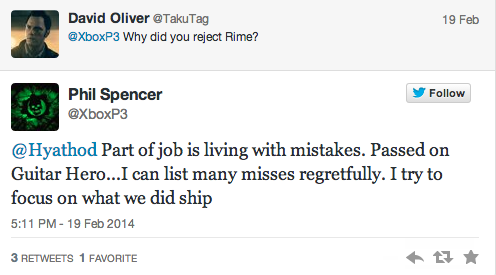 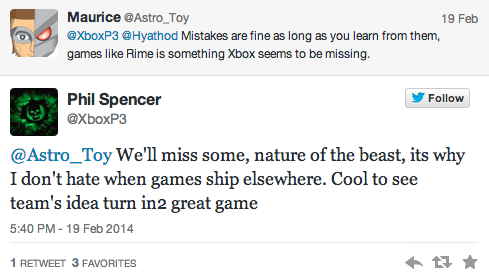 Not much is known about Rime so far aside from the fact that its a third person open world game with a distinct art style. However, considering that Microsoft openly regrets passing on the title, it might be safe to assume that game is turning out well.

KitGuru Says: The trailer for this game didn’t really interest me, that said, its unfair to judge without seeing any real gameplay or even playing the game myself. However, i’m curious to see what other titles Microsoft has passed on.