Mighty No. 9 is coming back for a second round of crowd funding Japanese developer, Comcept has announced. Mighty No. 9 hit its funding goal last year, with 70,000 backers raising $3.8 million for the game.

The second campaign  aims to raise money for bonus content, the campaign is being run through PayPal this time. According to Comcept, it was feedback from fans that sparked this second round of funding. 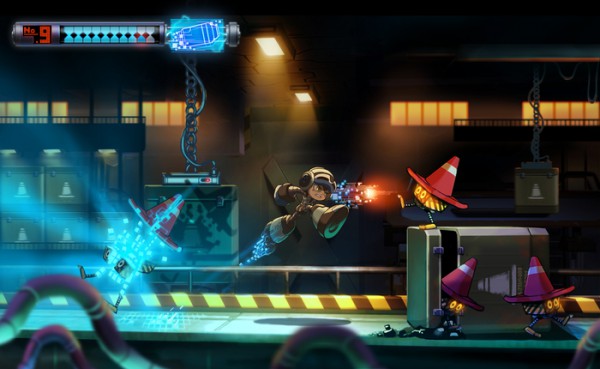 So far only one stretch goal has been announced, if the campaign hits $100,000 the game will receive full english voice acting. This has also re-opened pre-orders for the game, backers can pre-order a digital copy for $23.

It looks like the game will be landing on Steam Early Access at some point as the $80 pre-order bundle will give access to the pre-release version of the game in addition to a digital retro-style manual, digital art book, strategy guide and soundtrack.

There will also be a Mighty No. 9 animated series, which also needs crowd funding. Although that is being handled by Digital Frontier, the production company behind the series.

Comcept released an FAQ regarding the second round of funding which states:

“The video game we proposed in the Kickstarter campaign last year is going to be completed with all of the funding we received from backers. For this new funding campaign we are looking to add new content to the game that we did not or could not add to the stretch goals during the original funding campaign.”

KitGuru Says: It’s not often that we see a successfully crowd funded project come back for round two. What do you guys think of this?